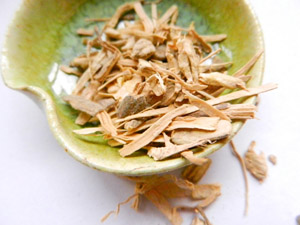 The study, led by the University of Melbourne and published in the Journal of Clinical Psychopharmacology, revealed Kava could be an alternative treatment to pharmaceutical products for the hundreds of thousands of people who suffer from Generalised Anxiety Disorders (GAD)

Lead researcher, Dr Jerome Sarris from Department of Psychiatry at the University of Melbourne, said GAD is a complex condition that significantly affects people’s day-today lives. Existing medications have a modest clinical effect and new effective options were needed for patients with anxiety.

“Based on previous work we have recognised that plant-based medicines may be a viable treatment for patients with chronic anxiety. In this study we’ve been able to show that Kava offers a potential natural alternative for the treatment of chronic clinical anxiety. Unlike some other options it has less risk of dependency and less potential for side effects,” he said.

The study was funded by the Australian National Health and Medical Research Council and Integria Healthcare, which manufactures kava products.

During the eight-week study, 75 patients with clinically diagnosed Generalised Anxiety Disorder were given Kava or placebo, and anxiety levels were regularly assessed.

Results showed a significant reduction in anxiety for the Kava group compared to the placebo group at the end of the study.

In participants diagnosed with moderate to severe GAD, Kava had an even greater effect in reducing anxiety. Following the completion of the controlled phase, 26% of the Kava group were classified as in remission from their symptoms compared to 6% of the placebo group.

Participants in the Kava group were given tablets twice per day consisting of water-soluble extracted Kava (peeled rootstock) for a total dose of 120mg of kavalactones for the first three-week controlled phase.

In cases where there was no response to the initial dose this was increased to a double-dose twice per day for the second three-week controlled phase. Participants in the placebo group took matching dummy tablets in the same manner.

The study also found that people’s genetic differences (polymorphisms) of certain neurobiological mechanisms called GABA transporters, may modify their response to Kava. “If this finding is replicated, it may pave the way for simple genetic tests to determine which people may be likely to have a beneficial anxiety-reducing effect from taking Kava,” Dr Sarris said.

Kava was also well tolerated. Results showed no significant differences across the two groups for liver function which had previously been a concern for Kava’s medicinal use. In addition there were no considerable adverse reactions that could be attributed to Kava and no difference in withdrawal or addiction between the groups.

An additional novel finding of the study, recently published in Phytotherapy Research was that Kava increased women’s sex drive compared to those in the placebo group, believed to be due to the reduction of anxiety, rather than any aphrodisiac effect.