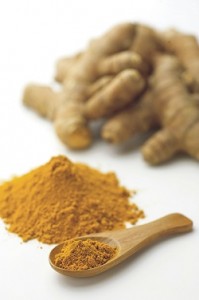 Delayed onset muscle soreness (DOMS) is the pain and stiffness felt in muscles several hours to days after unaccustomed or strenuous exercise. It can be debilitating and demotivating as is also a sign of exercise-induced muscle damage.  DOMS is thought to be the result of inflammation as well as the generation of free radicals during very vigorous exercise.

Curcumin is a naturally occurring compound found in the spice turmeric. It has been used for centuries as an Ayurvedic medicine treatment for such ailments as allergies, diabetes and ulcers and to help ease joint pain. It is a powerful antioxidant that can help fight inflammation and neutralise free radicals.

In this small study  conducted by the Australian Institute of Sport and the European Journal of Applied Physiology,  supplementation with curcumin helped reduce delayed onset muscle soreness (DOMS) in otherwise healthy individuals.

The study involved 17 healthy and active men who were asked to perform a series of single-leg presses on a leg-press machine – an exercise they would not usually perform.

To determine whether supplement had any significant effect on reducing DOMS, participants were assessed on measures of muscle pain, muscle tenderness, muscle swelling, jump performance. The scientists also tested the participants’ blood before and after exercise for markers of inflammation.

These test showed that pain was greatly reduced during and post exercise in the curcumin groups. Curcumin was also shown to somewhat reduce the biological markers of inflammation and muscle damage.

The dose in this study was high. Other studies have used a smaller dose with similar good response, Last year an Italian study of 20 men comparing 2 g daily of curcumin with placebo found evidence of less pain and less muscle damage in the curcumin group. Animal studies have also shown similar results.

The difference may be in the formulation. Curcumin is generally poorly absorbed by the body. Most of the curcumin in food or supplements stays in the gastrointestinal tract, and any portion that’s absorbed is metabolised quickly.

Nutraceutical research has focused on producing micro or even nano-emulsions (mixtures with oil) that make curcumin more available to the bloodstream. You may have to become a label readers to find the supplement that works best for you!

From a natural health perspective several things can help aid the absorption of curcumin if you are adding it to you diet by using more turmeric. Taking it with fat (for instance mixing turmeric into a salad dressing) is one. Black pepper, or specifically one of its active substances, piperine, can aid the absorption of curcumin as well.  Heat is another – in fact heat (hot but not boiling) has been shown to increase the water solubility of curcumin 12-fold – so don’t be afraid to cook with turmeric either!