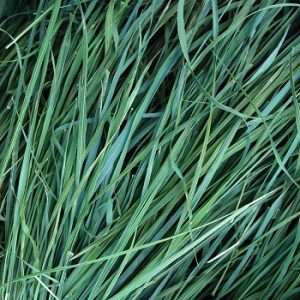 Natural Health News — Mosquitoes and other insects are a pesky part of everyday life and in many parts of the world their bites are linked to a range of serious diseases, such as malaria.

To help find new ways of fighting them off researchers at the US Department of Agriculture (USDA) have been investigating the components of plants used in traditional herbs.

One of these folk remedies is sweetgrass (Hierochloe odorata) is a meadow grass that is a native to northern climates.

Sweetgrass is considered by American indigenous peoples to be one of the “four sacred medicines”, the other three being cedar, sage, and tobacco. Native North Americans have long used this plant for medicinal, decorative and even ritualistic purposes.

» Sweetgrass, a plant native to North America and Eurasia, has a long folk history as a medicine and insect repellent.

» Recent investigations by researchers from the US Department of Agriculture have identified the natural constituents in sweetgrass which are as powerful as the conventional insecticide DEET.

Speaking at a recent annual meeting of the American Chemical Society, the researchers say they hypothesised that the active insect-repelling chemicals must waft off sweetgrass at ambient temperatures and, like essential oils from lavender and other plants, could be extracted via steam distillation. This method involves passing hot steam through plant material, then lowering the temperature.

Having produced the steam distilled sweetgrass oil the researchers set about testing its effectiveness.

As effective as DEET

They filled small vials with a red-coloured feeding solution that mimicked human blood and covered the vials with a thin skin-like membrane. Then, they coated the membranes with different substances: the sweetgrass oil, alternative sweetgrass extracts obtained without steam distillation, the gold-standard insect repellent N,N-diethyl-m-toluamide (DEET) or the ethanol solvent used as a control. The researchers observed what the insects did, counting how many mosquitoes went for each type of “blood” vat.

The steam-distilled sweetgrass oil got the fewest mosquito bites, matching the repellent potency of DEET.

The researchers identified two chemicals in sweetgrass that seemed to be responsible for putting off mosquitoes: coumarin, which is responsible for the plant’s sweet aroma, and phytol.

Coumarin is present in many plants such as cinnamon, sweet clover and mullein and is an ingredient in some commercial anti-mosquito products, while phytol, a constituent of chlorophyll, is also widely present in plants and has been reported to have repelling activity in the scientific literature.

While this study dd not find brand-new insect deterring substances in this study they note that “we were able to find constituents that are known to act as insect repellents in a folk remedy, and now we understand that there’s a real scientific basis to this folklore.”