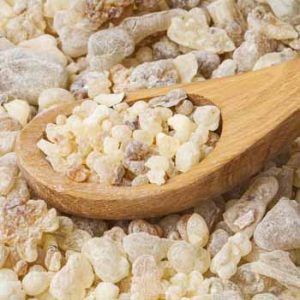 Natural Health News — The anti-inflammatory properties of frankincense could have a new application – helping to prevent the skin damage caused by radiation treatment for breast cancer.

Acute radiation erythema and other skin reactions are among the most common adverse side effects from radiation therapy for breast cancer. Around 85-95% of patients suffer this effect which classified as a ‘complex wound’, resulting from free radical and DNA damage to the layers of skin.

Radiation dermatitis can affect a patient’s quality of life and potentially disrupt the therapeutic program. There is no universal standard of care exists to prevent or control radiation-induced skin injury.

» Skin rashes, caused by DNA damage and inflammation, are a common side effect of breast cancer radiation treatment.

» The boswellic acids found in frankincense have been shown in studies to exert a powerful anti-inflammatory effect on the skin and researchers set out to test if they could help prevent radiation-induced skin damage.

Previous studies have shown that frankincense resin (in this instance, Boswellia serrata) contains boswellic acids which have an anti-inflammatory action on the skin, reducing redness and irritation, and helping to soothe irritated skin when applied topically.

In a recent study, in the European Review for Medical and Pharmacological Sciences, women between the ages of 47 and 69 undergoing radiation treatment for breast cancer received either a cream containing 2% boswellic acids (55 women) or a placebo (59 women) cream. The cream containing a proprietary formulation called Bosexil® was applied twice daily:

Results showed that he cream reduced levels of erythema across the board. Specifically:

In addition, only 19% of those who underwent both chemotherapy and radiation had intense erythema compared to 48.6% of the control group.