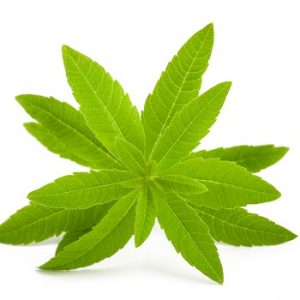 Forty participants, 19 men and 21 women, were analysed in the study. All were non-smoking, moderately active men and women between the ages 22 and 50 years with a BMI between 19 and 30 kg/m2​. The researchers also narrowed down the study to include only participants who ate five or less portions of fruits plus vegetables on an average day.

The men and women were divided into two groups which received either 200mg of a lemon verbena supplement – Recoverben, a proprietary lemon verbena extract made by water extraction of organic dried lemon verbena (Aloysia citriodora​) leaves – or 200 mg of maltodextrin as a placebo.

» German researchers have found that in moderately active people supplementing with lemon verbena may ease muscle soreness, and prevent muscle damage, from periods of extreme exercise.

» Lemon verbena is rich in antioxidant polyphenols, which the researchers suggest are what helps protect muscles from damage.

» Although funded by a supplement manufacturers, the results echo those of an earlier study which also found that lemon verbena was protective against exercise induced muscle damage.

Participants were instructed to take their capsules each morning. In total, the study lasted 15 days – products were consumed for 10 days before an exhaustive exercise test, during the test day and four days after the test.

Perceived muscle soreness and general levels of pain post-exercise were used to judge the effectiveness of the lemon verbena.

The researchers found that the participants who consumed lemon verbena benefited from less muscle damage as well as faster and full recovery. Compared to the placebo, the lemon verbena extract receiving participants had significantly less exercise-related loss of muscle strength over all time points, improved glutathione peroxidase activity by trend, and less induced pain by trend.

According to the researchers, lemon verbena’s potential effects on exercise-induced muscle damage is similar to results seen in trials of other ingredients like ashwagandha, curcumin, pomegranate and blueberry. The key, they say, may be the high levels of antioxidants in these supplements.

“These natural ingredients are high in polyphenols, a trait shared by lemon verbena”, they said adding that, “It has been proposed, that polyphenols could be useful to prevent muscle damage or improve recovery.”​

The researchers concluded that lemon verbena extract is a “safe and well-tolerated natural sports ingredient ​[which reduces] muscle damage after exhaustive exercise.”​

Vital Solutions GmbH, a German ingredient company which owns Recoverben, funded the study and took part in discussions of the clinical trial design. However the results to mirror those of a 2011 study in which Spanish researcher also found that supplemental lemon verbena protected against oxidative damage, decreased the signs of muscular damage in participants taking part in a heavy running exercise.