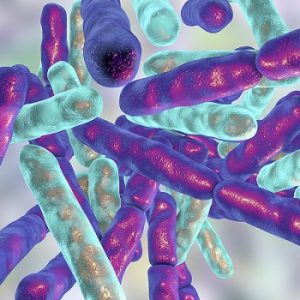 Natural Health News — Bacteria that have the potential to encourage breast cancer growth are present in the breasts of cancer patients, while beneficial bacteria are more abundant in healthy breasts, where they may actually be protecting women from cancer, according to new research.

These findings may lead ultimately to the use of probiotics to protect women against breast cancer. The research is published in Applied and Environmental Microbiology.

In the small investigative study, lead researcher Gregor Reid, PhD, and his colleagues obtained breast tissues from 58 women who were undergoing lumpectomies or mastectomies for either benign (13 women) or cancerous (45 women) tumours, as well as from 23 healthy women who had undergone breast reductions or enhancements.

They used DNA sequencing to identify bacteria from the tissues, and culturing to confirm that the organisms were alive.

» A new study suggests that bacteria in breast tissue may hold the key to whether a woman develops breast cancer or not.

» The results are not conclusive but they are interesting since the researchers found specific types of unfriendly bacteria in breast tissue seem to correlate with a woman’s  risk of developing breast cancer.

» Conversely women with healthy breast tissue had predominantly strains of bacteria know to have anti-cancer effects in their tissue.

» More study is needed to fully understand the results, but this small study potentially points the way towards new preventative strategies.

Women with breast cancer had elevated levels of Escherichia coli and Staphylococcus epidermidis, bacteria which have been shown to induce double-stranded breaks in DNA in HeLa cells (cultured human cells).

“Double-strand breaks are the most detrimental type of DNA damage and are caused by genotoxins, reactive oxygen species, and ionising radiation,” the investigators write. The body’s repair mechanism for such breaks is highly error prone, and such errors can lead to cancer’s development.

Conversely, Lactobacillus and Streptococcus, considered to be health-promoting bacteria, were more prevalent in healthy breasts than in cancerous ones.

Both types of bacteria have anticarcinogenic properties. For example, natural killer cells are critical to controlling growth of tumours, and a low level of these immune cells is associated with increased incidence of breast cancer. Streptococcus thermophilus produces anti-oxidants that neutralize reactive oxygen species, which can cause DNA damage, and thus, cancer.

The motivation for the research was the knowledge that breast cancer decreases with breast feeding, said Reid. “Since human milk contains beneficial bacteria, we wondered if they might be playing a role in lowering the risk of cancer. Or, could other bacterial types influence cancer formation in the mammary gland in women who had never lactated? To even explore the question, we needed first to show that bacteria are indeed present in breast tissue.”

But lactation might not even be necessary to improve the bacterial flora of breasts. “Colleagues in Spain have shown that probiotic lactobacilli ingested by women can reach the mammary gland,” said Reid.

“Combined with our work, this raises the question, should women, especially those at risk for breast cancer, take probiotic lactobacilli to increase the proportion of beneficial bacteria in the breast? To date, researchers have not even considered such questions, and indeed some have balked at there being any link between bacteria and breast cancer or health.”

In any case, something keeps bacteria in check on and in the breasts, as it does throughout the rest of the body, said Reid. “What if that something was other bacteria – in conjunction with the host immune system? We haven’t answered this question, but it behoves experts in the field to now consider the potential.”