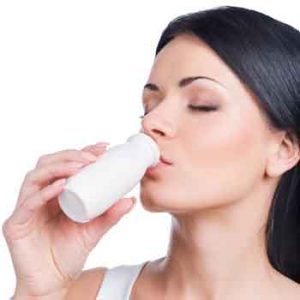 Probiotics may reduce the risk of common cold

The study reports that, after 12 weeks, the incidence of the URTIs in the probiotic group was more than half the rate observed in the control group.

Writing in the current issue of the European Journal of Nutrition the scientists noted that probiotic consumption was associated with improvements in both immunological parameters and stress markers in the healthy middle-aged office workers who took part in the study.

“The present study demonstrated the efficacy of probiotics in typical desk workers,” they wrote. “In general, such employees work under pressure and stress every day, which might be a risk factor for lowered immune defenses. Daily consumption of certain probiotics at higher doses may prevent disturbances in immune function resulting from stressful events in daily life.”

The cost savings could be significant, with data from the US Centers for Disease Control and Prevention indicating that 22 million school days and 20 million workdays in adults are lost annually due to the common cold in the USA alone. In addition, the economic impact of colds in the US is estimated to be about $40 billion every year.

» The probiotic drink seemed to help ward fof colds by acting on both the immune system and the stress hormones – and say the researchers, the two are linked, which is why stress can make one more susceptible to colds.

» The researchers suggest that probiotics should be considered a useful approach to maintaining respiratory health.

The Japanese researchers recruited 96 male office workers aged between 30 and 49 to participate in their randomised controlled trial. During winter, the men were randomly assigned to receive fermented milk with probiotics (L. casei strain Shirota at a daily dose of 100 billion viable cells) or a control milk for 12 weeks.

Men in the probiotic group also had a significantly higher URTI-free rate than men in the control group, said the Yakult scientists.

“The cumulative number of URTI episodes and cumulative days with URTI symptoms per person was lower in the [probiotic] group, and the duration per episode was shorter,” added the Scientists from the Yakult Central Institute

The probiotics may work by modulating the immune system as well as a potential effect on the stress marker cortisol. The data indicated that, after six weeks of control milk consumption, the activity of NK cells decrease, while salivary levels of cortisol increased, but these changes did not occur in the probiotic group.

“NK cells play a very important role in the prevention of viral infections, including URTIs,” explained the scientists.

“Future studies should focus on nervous system-related actions of probiotics as well as their direct immune modulatory activities to obtain a better understanding of the precise mechanisms of preventing viral infections via probiotics,” they wrote.

Previous studies have shown that the same probiotic drink (known as Yakult) given to medical students during the run-up to nationwide medical school examinations, reduced stomach upsets due to stress among the students.