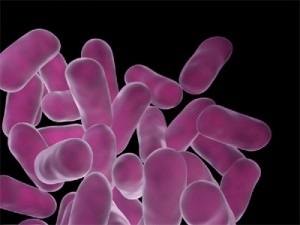 Natural Health News — If you have kids at university, a daily dose of probiotics may be just what they need to ward off the worst effects of winter colds.

In the current study US researchers study randomised 198 college students aged 18 to 25 and living on-campus in residence halls at Framingham State University in Massachusetts to receive either a placebo  or a powder blend containing Lactobacillus rhamnosus LGG® and Bifidobacterium animalis ssp. lactis BB-12® for 12 weeks. Each day, students completed a health-related quality of life (HRQL) survey to assess the effect of the probiotic supplementation.

Results were published in a recent issue of the British Journal of Nutrition.

Although there have been previous studies on the effect of probiotics on the duration of colds and severity of symptoms, this is the first study to investigate the effect of probiotic strains on HRQL during upper-respiratory infections, taking into account duration, symptom severity and functional impairment – all important factors of HRQL.

“HRQL is subjectively assessed by the patient and most simply defined as ‘the component of overall quality of life that is determined primarily by the person’s health and that can be influenced by clinical interventions,'” says lead investigator Tracey J Smith, dietician and adjunct professor at the University of Medicine and Dentistry of New Jersey-School of Health Related Professions.

“We know that certain probiotic strains support immune health and may improve health-related quality of life during upper-respiratory infections,” says Smith. “This double-blind study assessed how probiotic supplementation affects the duration and severity of symptoms, and the impact of symptoms on the daily life of infected students.”

The study found that while all students caught colds at roughly the same rate, the students who took the probiotic supplementation experienced

What makes probiotics so effective in treating symptoms of upper-respiratory infections?

“If cost is not an issue, then otherwise healthy persons who are especially stressed, sleep-deprived or living in close quarters [such as a college dormitory] could supplement daily during cold season with both LGG and BB12 to improve their quality of life if/when they do get a cold,” says Smith.

However she cautions that not all probiotics are created equal. “The study supports the combination of LGG and BB12 – two very specific strains of probiotics.

These two strains also are in a number of supplement-type products that are available over the counter,” she says, “but consumers need to read the label to be sure that the product contains Lactobacillus rhamnosus GG [LGG] and Bifidobacterium animalis lactis BB12[BB12].”

Some yoghurts that contain LGG and/or BB12 but check the labels, since manufacturers change the probiotic strains they use regularly.