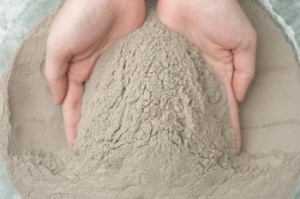 A unique glacial clay from British Columbia has been shown to kill the. antibiotic resistant bacteria that can cause devastating skin infections.

A global effort is under way to find effective treatments for deadly hospital-acquired infections, with many such dangerous bacteria proving worryingly resistant to antibiotics.

Now, help may have be at hand in the form of an old folk remedy – natural clay.

Known as Kisameet glacial clay, it is a resource that has been used by centuries by the indigenous people on the central coast of British Columbia, treating various medical problems from skin ailments to internal infections.

» Topical clays have long been used to treat a variety of skin conditions and infections.

» Canadian scientists have found that Kisameet clay, found on the central coast of British Columbia can kill bacteria resistant to conventional antibiotics.

» Other studies have shown that natural clays have powerful antibacterial properties and may be a useful treatment in the fight against MRSA and other harmful bacteria.

It was also successfully used by doctors in Vancouver in the 1940s to treat a variety of ailments such as ulcerative colitis, duodenal ulcer, arthritis, and burns. But, after antibiotics became widely available, the natural remedy was largely forgotten.

“We clearly need new antimicrobial agents,” says Julian Davies, a microbiologist at University of British Columbia in Vancouver and senior researcher on the study. “Very few novel agents have been developed in recent years and we have increasingly multi-drug resistant strains appearing because of antibiotic overuse and misuse.”

An old remedy for a new problem

Davies and team focused their research on a selection of bacteria known as the ESKAPE group. The so-called ESKAPE pathogens — Enterococcus faecium, Staphylococcus aureus, Klebsiella pneumoniae, Acinetobacter baumannii, Pseudomonas aeruginosa and Enterobacter species — cause the majority of hospital infections such as pneumonia and septacaemia and effectively ‘escape’ the effects of antibacterial drugs. It’s particularly important to find new ways of tackling these bacteria, as they’re extremely difficult to treat, being resistant to most current antibiotics.

The team took a selection of 16 different bacteria, picking strains that were prolific in local hospitals, and tested them in a diluted suspension of the clay. The bacteria were left to interact with the clay for between 24 and 48 hours.

When the researchers observed the mix after that time, they found that the clay had successfully killed off all 16 strains, immediately showing that it plays host to significant antibacterial abilities. They also tested water and solvent-based clay extracts, observing similar antibacterial effects.

The findings of the study are published online in the journal mBio.

Minerals in the clay may be key

While these early tests results are extremely promising, the researchers have yet to identify the exact mechanisms by which the clay is able to kill the bacteria.

Kisameet clay is about 24% by weight clay minerals, which are aluminium silicates with metal ions interspersed through their layers. Like soil, the clay also contains a complex microbial community. The clay’s physical, chemical, and microbial properties are likely to contribute to its antimicrobial activity and may do so synergistically.

The researchers plan to test the clay further and hope to eventually progress to human trials.

This is not the first time that topical clay has been found to aid the fight against resistant bacteria. In 2013 researchers at Arizona State University found that several topical clays able to fight MRSA resistant skin infections  One clay in particular, a French green clay significantly decreaing bacterial loads of MRSA but also reducing skin inflammation, or dermatitis, which often leads to scarring.

A unique glacial clay from British Columbia has been shown to kill the. antibiotic resistant bacteria that can cause devastating skin infections.