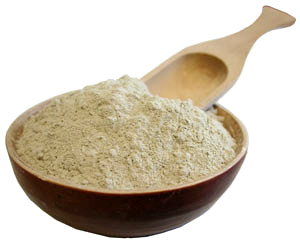 Natural Health News — In the fight against resistant bacteria, much of the discussion centres on the need for more and newer antibiotics. But researchers in the US have discovered an old remedy that may be more useful: clay.

Clay’s medicinal properties have been recognised since antiquity.  As early as 5000 years ago, clay was listed in the ancient tablets of Nippur as a wound-healing medicament. Around 1600 BC, the Ebers Papyrus – recognised as the world’s oldest medical text – recommended clay for ailments including diarrhoea, dysentery, tapeworm, hookworm, wounds and abscesses.

Clays came into common use in the 19th century as topical treatments for surgical wounds, demonstrating their beneficial effects for pain management, inflammation, putrefaction, and healing processes.

In a new study researchers from Arizona State University lay out the case for clay, demonstrating that certain varieties of clay have the ability to aggressively kill a range of pathogens including E. coli and methicillin-resistant Staphylococcus aureus (MRSA) – a stubborn, highly contagious, and dangerous pathogen that has lately been the scourge of many hospitals and is a common cause of skin infections in the community.

In their current study, published in PLOS One, the researchers examined different a type of clay simply referred to as ‘CB’ taken from four different sources for its antibacterial activities against E. coli and MRSA.

Mineralogically, the samples were nearly identical with 52% clay and 48% non-clay minerals, but the composition of metal ions released from the mineral surfaces varied considerably across the samples, as would be expected from any natural product.

They note that some clays such as kaolinite, talc, and smectite clay minerals are highly absorptive and due to their ability to adhere to the skin, offer mechanical protection similar to a bandage, sealing out external physical or chemical agents. These clays also have absorptive properties which assist in removing devitalised tissue, particulate matter, or foreign materials from a wound.

But say the researchers, rather than the physical particles of the clays (such as their absorptive ability), it is the metal ions attached to the clay and ‘freed’ by coming into contact with skin, that are likely responsible for its potent antibacterial properties.

Even so, say the researchers, the antimicrobial effect of clay is likely more subtle and complex that that. Likely a variety of other factors including pH, ion solubility, osmotic strength and temperature work together to contribute to the healing properties of clay.

A therapeutic role for clay

The current study builds on previous work by the same core research team. In fact the team began studying medicinal clay in 2006 after positive reports from health clinics on the Ivory Coast that had been using two French clays to successfully treat Buruli ulcer. The startling results impressed the World Health Organization (WHO), but funding for the Ivory Coast doctors to study the effects of clay more deeply was refused. The doctor in charge of the project put out a call for help which was answered by the Arizona State researchers who began testing the clays used in the Ivory Coast clinics.

The researchers say they are optimistic about the potential for medicinal clays to play a greater therapeutic role, particularly against the growing threat of topical and antibiotic-resistant infections, but still have some cautions:

“We have demonstrated that mineralogically-identical clays exhibit chemical variability which correlates with variability in antibacterial activity. Since clays can contain toxic metals, such as arsenic, cadmium, lead, and mercury, safety precautions must be in place to minimise exposure to toxic ions. Efforts must be taken to standardise the composition and antibacterial efficacy of clays if they are to be used therapeutically and prophylactically.”