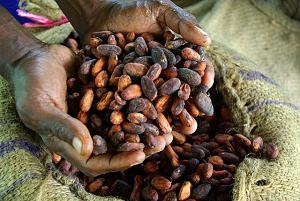 Cocoa extracts could form the basis of a simple, natural preventative supplement for Alzheimer's

Writing in the Journal of Alzheimer’s Disease , the research team, led by Dr. Giulio Maria Pasinetti, a professor of neurology at the Icahn School of Medicine, Mount Sinai, found that a cocoa extract – called lavado – may reduce or block damage to nerve pathways found in patients with Alzheimer’s disease. This means that symptoms of the condition – such as cognitive decline – could be prevented.

The study, which involved laboratory animals, tested the effects of extracts from Dutched, natural, and lavado cocoa, which are known to contain different levels of antioxidant polyphenols.

Keeping the brain firing on all cylinders

The researchers were looking at the effects of the cocoa extracts on synapses, the gaps between nerve cells.

Within healthy nerve pathways, each nerve cell sends an electric pulse down itself until it reaches a synapse where it triggers the release of chemicals called neurotransmitters that float across the gap and cause the downstream nerve cell to “fire” and pass on the message.

In Alzheimer’s disease, the protein beta-amyloid (Aβ) can form sticky clumps (oligomers) around synapses that physically interfere with synaptic structures and disrupt the mechanisms that maintain our memory circuits.

The Aβ oligomers also trigger inflammatory responses with the intention of destroying a foreign body, but they actually cause damage to the brain’s own cells.

The scientists found that the lavado cocoa extract prevented the protein Aβ from forming these sticky clumps in the brain, which associated with the progression of Alzheimer’s disease. In addition, it appeared to reverse damage to synapses in the study animals.

Lavado cocoa undergoes minimal processing. To prepare lavado cocoa, the beans are washed and but fermented. For this reason it is known to have the highest concentration of polyphenols and flavanols of all types of cocoa. Past research has indicated that polyphenol-rich diets, such as the Mediterranean diet,  may reduce the risk of Alzheimer’s.

This appears to be the first to suggest that adequate quantities of specific cocoa polyphenols in the diet may, over time, prevent the clumping together of Aβ into oligomers that damage the brain, as a means to prevent Alzheimer’s disease.

Using lavado as a dietary supplement, the scientists suggest, may provide a safe, inexpensive and easily accessible means to prevent the disease, even in its earliest, asymptomatic stages.

Other benefits of lavado

Other studies have also shown benefits of lavado cocoa. A 2011 study published in the Journal of Agricultural and Food Chemistry, investigated the inhibitory effects of the same three types of cocoa extracts on three enzymes (alpha amylase, pancreatic lipase and phospholipase) that contribute to fat metabolism and accumulation.

Of the three cocoa variants lavado cocoa extract was the most powerful inhibitor of the three enzymes and Dutch-processed cocoa was the least effective suggesting that lavado supplements may have a role to play in weight loss and weight control.

Cocoa extracts could form the basis of a simple, natural preventative supplement for Alzheimer's