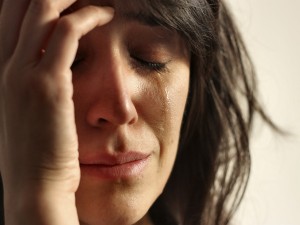 Long-lasting emotions like sadness tend to be caused by events that have strong implications for a person's life - making it much harder to 'get over it', psychologists say

Why sadness is so hard to get over

Natural Health News — Why is it that you can feel sad for longer longer than you do when you are feeling ashamed, surprised, irritated or even bored?

It’s because sadness often goes hand in hand with events of greater impact such as death or accidents. You need more time to mull over and cope with what happened to fully comprehend it, say researchers from the University of Leuven in Belgium.

Their research, published in the journal Motivation and Emotion, is the first to provide clear evidence to explain why some emotions last a longer time than others

The Belgian researchers asked 233 high school students to recollect recent emotional episodes and report their duration. The participants also had to answer questions about the strategies they use to appraise and deal with these emotions.

Meaningful differences in duration were indeed found to exist between emotions. Out of a set of 27 emotions, sadness lasted the longest (up to 240 times longer) whereas shame, surprise, fear, disgust, boredom, being touched, irritated or feeling relief were often over in a flash. Interestingly enough, boredom also counts among the shorter emotions experienced.

The researchers suggest that this means that even though time seems to pass slowly when one is bored, an episode of boredom typically doesn’t last that long.

They also discovered that emotions that last a shorter time are typically elicited by events that have relatively low importance attached to them.

On the other hand, long-lasting emotions tend to be caused by events that have strong implications for a person’s major concerns. Some of these implications may only become apparent over time, which then causes the emotion to be maintained or strengthened. The feeling therefore endures while a person rethinks the events and consequences over and over again.

Duration was found to be a dimension that can differentiate between otherwise very similar emotions. For instance, the scientists found that guilt is an emotion that persists much longer than shame, while anxiety lingers longer than fear.

“Rumination is the central determinant of why some emotions last longer than others. Emotions associated with high levels of rumination will last longest,” says co-lead author Philippe Verduyn by way of explaining the role that such constant and repetitive thinking has on the experience of positive and negative emotions.

Long-lasting emotions like sadness tend to be caused by events that have strong implications for a person's life - making it much harder to 'get over it', psychologists say