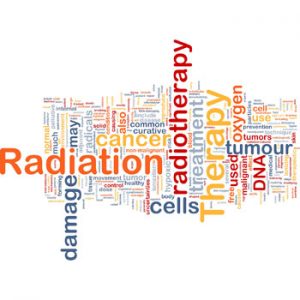 Cancer – the hope and the hopelessness

Recently a UK analysis of the benefits for newly licensed cancer drugs dropped a bombshell.

The research, published in the British Medical Journal (BMJ) found that nearly two thirds (57%) of cancer drugs authorised by the European Medicines Agency (EMA) between 2009 and 2013 were approved without any clear evidence they improved the quality or quantity of patients’ lives.

Worse, after following patients for up to five years – a standard measure of time in cancer treatment follow-up – almost half of the drugs (49%) still showed no quality or quantity of life benefit and of those that did, these benefits were judged to be clinically insignificant around 50% of the time.

We can all probably tell stories of conventional treatment that has helped for a time or even saved people we know. But these statistics suggest that individual personal experience may not be the most accurate guide to how well we really are doing in the war on cancer.

This week on our site we feature a stark analysis of the BMJ study by award winning journalist Jerome Burne, from Health Insight UK. He quotes, among other sources, a news story by Kings College London, where the analysis was conducted, which notes that a significant number of cancer drugs available on the European market, and often promoted as ‘breakthrough therapies’, may actually lead to “false hope”.

For those who are interested in integrated or even alternative approaches to cancer the accusation of false hope has an ironic ring to it. This is what we are so often accused of pedalling.

Cancer continues to present us with conundrums. Clearly there are issues with cancer drugs but equally, not all cancers play out in the same way. Five and 10 year survival rates for some cancers have improved but the numbers can vary wildly – from 98% for testicular cancer to just 1% for pancreatic cancer.

Still not enough focus on causes…

In addition, research into causes and prevention – arguably the best ‘treatment’ – is still far too sparse.

We recently reported on new research into the bacterial link with breast cancer. For as long as I have been writing about health issues researchers have trying to get to the bottom of this link.

What the study showed was that healthy breast tissue contains more of a ‘good’ bacteria called Methylobacterium.

Previous studies have examined the link between gut microbiota and the development of breast cancer. These have suggested that the microbes in the gut may regulate estrogen levels, leading to estrogen-receptor positive breast cancer.

But less attention has been paid to the microbiome residing in the breast tissue, which the researchers suggest is unique and somehow becomes altered in women who have breast cancer.

The findings of this study open up new possibilities for prevention, for instance with probiotics. But more importantly they underscore that there is more we can do – much of which is not toxic to the body – to prevent and help treat cancer.

A couple of years ago a study in Nature found that environmental exposures, lifestyle choices and other factors that we have some measure of control of account for between 70% and 90% of the gene mutations that cause cancerous tumours progress, that only 10-30% of cancers were down to something going wrong at the cellulite level in the body.

The researchers illustrated their point about the cancers cause arise naturally versus the ones that don’t this way:

Along with the hopelessness of studies like the one in the BMJ, and the anger and frustration that they provoke, there is also hope that we simply don’t have to wait around to be victims of cancer.

We can as ‘consumers – for want of a better word – demand better regulators; but we can also help ourselves through lifestyle changes that are within everyone’s grasp.