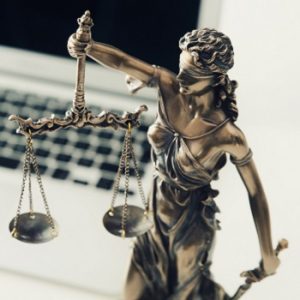 The people versus glyphosate

This week a federal judge in San Francisco has been reviewing claims that glyphosate, the active ingredient in the popular weed killer Roundup, poses a cancer risk.

In week-long hearings, US District Judge Vince Chhabria has been listening to experts on both sides about whether there is scientific evidence to support the claims of more than 300 lawsuits that exposure to Roundup can cause non-Hodgkin’s lymphoma.

The lawsuits by cancer victims and their families allege that the company knew about the product’s cancer risk but did not warn consumers.

We’ve written a lot about glyphosate over the years. In particular, in 2015, the chemical was deemed a ‘probable human carcinogen’ by the International Agency for Research on Cancer (IARC), a branch of the World Health Organization. This finding opened the door to the more than 3000 pending lawsuits across the US in the states of California, Nebraska, Delaware, and Missouri.

The pre-trial deliberations in San Francisco are the first to come to court and the outcome will have implications for other pending cases.

This is a David and Goliath battle that has many holding their breath – not just for our future health, but for the future of honest science.

On the surface, the case is a welcome response to an increasingly toxic society. Figures suggest that one in two men and one in three women are now expected to develop cancer in their lifetimes. In adults, pesticides are linked to non-Hodgkin’s lymphoma, leukaemia, brain, prostate and other cancers.

Childhood cancers are on the rise as well. In children, pesticide exposure is linked not just to paediatric cancers, but also to decreased cognitive function and behavioural problems.

Many victims are counting on the judge to sort rationally through the huge amount of data and make a fair decision. But this isn’t an entirely fair fight.

Monsanto, naturally, claims that its product is safe and that there are hundreds of studies which show this. But since the beginning of the litigation process the law firm of Baum, Hedlund, Aristei & Goldman, alongside other firms leading the litigation, have fought to declassify court documents that consist of internal Monsanto studies, company reports, emails, text messages, and other memoranda. Indeed, risking censure for “bad faith”, Baum Hedlund took the initiative and released the some of the emails to The New York Times and the advocacy group US Right to Know.

These documents, known as The Monsanto Papers, have now been made fully public and they include information that Monsanto hoped would not see the light of day. This includes evidence of how the company engaged in ghost-writing, scientific manipulation and collusion with regulatory agencies (including the EPA). The document cache also includes previously undisclosed information about how the body absorbs glyphosate and the dangers associated with the other ingredients that make up the Roundup formulated product.

Perhaps aware of the serious issue around lack of transparency, the judge has ruled that hearing be video-recorded and shared publicly over the internet (US Right to Know, research director Carey Gillam is also posting live updates from the trial).

In light of the startling content of The Monsanto Papers, he has also granted permission for plaintiffs to explore, in open court, such topics as the ghost-writing of supposedly independent scientific papers as well as a controversial 1983 study that EPA scientists at the time said showed evidence of glyphosate’s cancer-causing potential.

What the court will make of this evidence is anybody’s guess. Two weeks ago a US judge issued a temporary injunction blocking California from requiring that Roundup carry a label stating that it is known to cause cancer, saying the warning is misleading because almost all regulators have concluded there is no evidence that glyphosate is a carcinogen.

It is ironic that, as the UK media is gripped by the revelation that former Russian spy has been deliberately poisoned by a toxic nerve gas, the intrigue behind the widespread poisoning of average people with highly toxic pesticides – the ingredients of which have long been proven to be neurotoxic, carcinogenic and teratogenic (causing damage to a developing fetus) – remains mostly a side issue.

Those who have had the courage to bring their cases against Monsanto and glyphosate to court should be commended for pushing this issue a little closer to the centre.