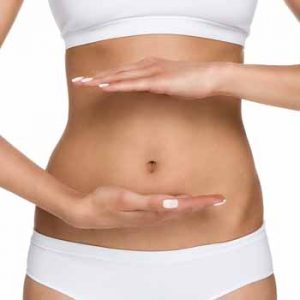 Bacteria in the gut could help protect the brain from damage caused by stroke. [Photo: Bigstock]

Gut bacteria have a role to play in lowering stroke risk

Natural Health News — Certain types of bacteria in the gut could help reduce the severity of stroke by leveraging resources in the immune system that protect the brain, according to new research

This finding can help reduce the brain damage caused by stroke – which is the second leading cause of death worldwide.

In the study from Weill Cornell Medicine, published in Nature Medicine, the microbiome of mice was altered by a combination of antibiotics. Two weeks later, the researchers induced the most common type of stroke, called ischemic stroke, in which an obstructed blood vessel prevents blood from reaching the brain.

The animals treated with antibiotics experienced a stroke that was about 60% smaller than those whose microbiomes was not altered.

The research findings suggest that the microbial environment in the gut directed the immune cells there to protect the brain shielding it from the stroke’s full force.

» Gut bacteria can have an impact on the whole of our immune system and can influence disease processes in several organs, including the brain.

» In experimental animals, changing the makeup of gut bacteria helped protect the animals form the full force of a stroke

» The animals gut bacteria was altered with antibiotics in this study, but say the researchers, by far best way to alter gut bacteria in the future is through dietary means or the use of probiotics.

Further investigation is needed to understand exactly which bacterial components were protective. However, the researchers do know that the bacteria did not interact with the brain directly through chemical communication, but rather influenced neural survival by modifying the behaviour of immune cells. Immune cells from the gut made their way to the outer coverings of the brain, called the meninges, where they organised and directed a response to the stroke.

“One of the most surprising findings was that the immune system made strokes smaller by orchestrating the response from outside the brain, like a conductor who doesn’t play an instrument himself but instructs the others, which ultimately creates music,” said researcher Dr. Costantino Iadecola, director of the Feil Family Brain and Mind Research Institute and the Anne Parrish Titzell Professor of Neurology at Weill Cornell Medicine.

The findings are encouraging because we desperately need new ways to prevent and treat stroke, given the long list of once-promising drug candidates that have failed to help stroke patients.

Modifying the microbiotic makeup of the gut could become an innovative method of prevention and help to lessen the damage caused by stroke and could be especially useful to high-risk patients, such as those undergoing cardiac surgery or those who have multiple obstructed blood vessels in the brain.

The glimpses into the connection between the gut and the brain holds promising implications for preventing stroke in the future, which the investigators say might best be achieved by using probiotic supplements and/or changing dietary habits in patients or “at risk” individuals rather than dosing them up with antibiotics – which would be both risky and unnecessary.

“Dietary intervention is much easier to accomplish than drug use, and it could reach a broad base,” said lead researcher Dr. Josef Anrather, an associate professor of neuroscience at Weill Cornell Medicine. “This is a little far off from the current study – it’s music of the future. But diet has the biggest effect of composition of microbiota, and once beneficial and deleterious species are identified, we can address them with dietary intervention.”

Bacteria in the gut could help protect the brain from damage caused by stroke. [Photo: Bigstock]