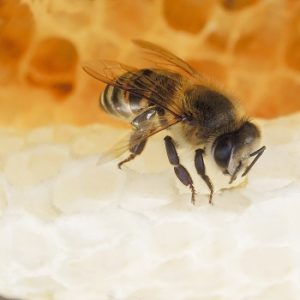 A US federal appeals court has ordered the EPA to withdraw approval for a bee-harming insecticide, sulfaxaflor. [Photo: Bigstock]

It’s been a long time coming but campaigners in the US can now claim one small victory for our bees.

Last week the US a federal appeals court struck down the Environmental Protection Agency’s approval of a neonicotinoid pesticide called sulfoxaflor.

The judgment was in response to an appeal launched in 2013 by a group of national beekeeping organisations, along with the National Honey Bee Advisory Board, and EarthJustice, to get the EPA to withdraw its registration of sulfoxaflor.

The appeal alleged that amongst other things that the EPA’s testing did not adequately examine the impact of both acute and sub-lethal poisoning of adult honey bees, and the EPA failed entirely to look at how differing amounts of pesticides affect pollinators over time.

» A US federal appeals court has ordered the EPA to withdraw approval for a bee-harming insecticide, sulfoxaflor.

» Sulfoxaflor is a new class of neonicotoid pesticide which, the court ruled, had not been adequately tested for safety in pollinator populations.

» Use of the insecticide has been suspended pending any new data to prove its safety.

» The ruling does not apply to older and more widely used neonics such as clothianidin and imidacloprid which are also implicated in bee deaths.

The approval of sulfoxaflor was controversial form the beginning. In January 2013, the EPA granted the insecticide a “conditional registration” but because of significant gaps in the scientific literature, ordered manufacturers Dow AgroSciences to provide more data. Just a few months later, the agency granted sulfoxaflor unconditional registration – even though according to the court opinion “the record reveals that Dow never completed the requested additional studies.”

Because of the unconditional registration, pollinators could potentially be exposed numerous times to sulfoxaflor applications. The risk is particularly high for honeys bees because they are moved across the country to pollinate crops, produce the nation’s supply of honey, and recuperate from the rigors of pollination.

The US lawsuit coincided with a European Union decision to place a two-year moratorium on clothianidin and two other major neonics, citing pollinator health concerns.

Last week’s ruling suggested that the EPA had approved the pesticides under pressure and had “attempted to support its decision retroactively with studies it had previously found inadequate,”

As a result of the ruling sulfoxaflor may not be used in the US unless, and until, EPA obtains the necessary information regarding impacts to honeybees and re-approves the insecticide in accordance with the law.

One in every three bites of food depends on bees for pollination, and the annual value of pollination services worldwide are estimated at over $125 billion. Beyond supporting our economy their work keeps our diets healthy too. Recent research has found that, “animal-pollinated crops contain the majority of the available dietary lipid, vitamin A, C and E, and a large portion of the minerals calcium, fluoride, and iron worldwide.”

A growing body of science links a class of pesticides called neonicotinoids (neonics) to bee declines, both alone and in combination with other factors like disease and malnutrition.

In 2012, for example, the journal, Science, published two independent studies on the harm caused by neonics. Once from the University of Stirling looked at how low (sub lethal) doses of neonicotinoid chemicals appear to lead to large (85%) declines in the number of Queen Bumble bees (Bombus terrestris) emerging from the nest. No queens, means no colonies.

In the other study a French team found that neonics interfered with the ability of foraging More recently in 2014  A team of independent scientists  brought together by the International Union for Conservation of Nature (IUCN) reviewed over 800 papers covering the effects of pesticides on a variety of species and habitats. They found overwhelming evidence that neonics are causing significant damage to a wide range of beneficial invertebrate species and are a key factor in the decline of bees. 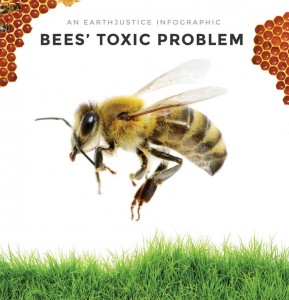 Greg Loarie, of EarthJustice and lead counsel on this case commented: “Our country is facing widespread bee colony collapse, and scientists are pointing to pesticides like sulfoxaflor as the cause. The Court’s decision to overturn approval of this bee-killing pesticide is incredible news for bees, beekeepers and all of us who enjoy the healthy fruits, nuts, and vegetables that rely on bees for pollination.”

Michele Colopy, Program Director of Pollinator Stewardship Council, adds: “The Pollinator Stewardship Council is pleased with the 9th Circuit Court’s Opinion concerning the registration of sulfoxaflor…We can protect crops from pests and protect honey bees and native pollinators. To do this EPA’s pesticide application and review process must receive substantial scientific evidence as to the benefits of a pesticide, as well as the protection of the environment, especially the protection of pollinators.”

With the findings in this case, EPA may be encouraged to re-examine other unconditional registrations for possible flawed and limited data.

The ruling is a small but important win. It applies only to sulfoxaflor, marketed for use on a variety of crops, including cotton, soybean, citrus, stone fruit, nuts, grapes, potatoes, vegetables, and strawberries.

It has no bearing on the EPA’s equally controversial approval of other, older, neonics like clothianidin and imidacloprid, which are widely used as seed treatments on the two most prominent US crops: corn and soybeans.

That is a fight for another day.

A US federal appeals court has ordered the EPA to withdraw approval for a bee-harming insecticide, sulfaxaflor. [Photo: Bigstock]