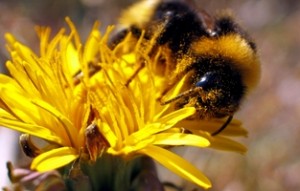 Natural Health News — The European Commission has today voted to suspend the use of three neonicotinoid insecticides: clothianidin, thiametoxam and imidacloprid.

The decision means that Europe will be enforcing the world’s first continent-wide ban on these widely used insecticides.

It’s a landmark decision for groups who have long been campaigning for a ban on neonics, and a serious blow for the chemical companies who have lobbied hard against the ban and who make billions a year from these bee harming chemicals.

The suspension will apply from 1 December 2013. As soon as new information is available, and at the latest within 2 years, the Commission will review the conditions of approval of the three neonicotinoids to take into account relevant scientific and technical developments.

If at first you don’t succeed…

This is the second time the Commission has voted on a neonic ban. In March 14 out of the 27 EU nations opposed the ban, with both the UK and Germany refusing even to vote.

A recent article in a UK newspaper highlighted the fierce lobbying that has been going on on behind the scenes to  stop the proposed ban going ahead and the UK’s shameful capitulation to the chemical companies that manufacture neonics.

In a letter released to the Observer under freedom of information rules, the UK’s environment secretary, Owen Paterson, told the chemicals company Syngenta just last week that he was “extremely disappointed” by the European Commission’s proposed ban. He said that “the UK has been very active” in opposing it and “our efforts will continue and intensify in the coming days”.

This time around the vote by the 27 EU member states was supported by most nations, but did not reach the required majority under EU voting rules (and the UK, it seems, abstained again). However, the hung vote meant that the final decision was left to the European Commission (EC) which has decided to implement the ban. A formal announcement on the ban is expected within weeks.

The Commission noted that the European Food Safety Authority (EFSA) had provided “a strong, substantive and scientific case for the suspension”, which it said was proportionate to the risk. The suspension means  that three neonicotinoids will be banned from use for two years on flowering crops such as corn, oil seed rape and sunflowers, upon which bees feed.

As reported recently in the media, the use of neonicotinoids is also under attack in the US, where a coalition of beekeepers, environmental groups and food campaigners is suing the federal Environmental Protection Agency for failing to protect pollinators.

“This is a victory not only for the bees and other pollinators, but for independent science against the political, pro-pesticide position adopted by UK Environment Secretary Owen Paterson and the pesticide industry. The European Commission and many European governments have reacted responsibly to the British and European scientific evidence showing clearly that a suspension is justified.

“Organic farming proves that systemic insecticides such as neonicotinoids are not needed to produce food. Also, there is strong evidence that a ban on neonicotinoids would work. In Italy, where the Government has taken decisive action and banned certain neonicotinoids pesticides, deaths of honey bees in winter subsequently fell by more than 50% in three years.”

A recent synthesis of 39 studies on 23 crops around the world published earlier this last month in the journal Ecology Letters confirms that wild bees are more abundant in diversified systems such as organic farms.

We now need to keep pressure up to ensure the suspension becomes a long-term ban and look towards a ban on all neonics so farmers don’t simply switch from the banned ones to the ones that are still available.