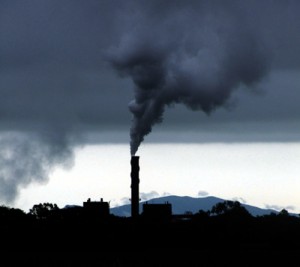 Natural Health News — Here’s another great reason to embrace a diet rich in fruit and vegetables: the nutrients in them can help combat the health damaging effects of air pollution.

Researchers looked at London hospital patients with asthma or chronic obstructive pulmonary disease (COPD), and found that those with low levels of vitamin C had an increased risk of breathing problems on days when outdoor air pollution levels were high.

The study involved 209 people between the years of 2008 and 2010, who were admitted into an area hospital due to COPD or asthma. Most of the patients were 54 to 74, although some participants were as young as 18. Many patients were former smokers; all had an increased risk of breathing problems if air pollution was high.

Soot in the skies

Specifically, the researchers looked at levels of “coarse particulate matter,” which is produced largely through the combustion of fossil fuels. This type of soot has a diameter of about a fifth of that of a human hair. European standards for coarse particulate matter pollution are the same as the ones that the US Environmental Protection Agency has set: 50 micrograms per cubic meter (mcg/m3).

Previous studies have linked high levels of outdoor air pollution with an increased risk of deaths from respiratory illnesses, as well as emergency room visits for these conditions.

They found that in people with COPD or asthma, for every 10 mcg/m3or air the risk of hospitalisation for breathing-related issues increased by 35%. For those who had low levels of Vitamin C, that number was increased by 120%. That correlation held true even when researchers excluded the elderly and former smokers in their analysis, though they did find that former smokers tended to have lower levels of Vitamin C than non-smokers.

Researchers believe that Vitamin C alleviates the effects of air pollutants because of its antioxidant properties. Antioxidants protect the body from unstable molecules called free radicals that damage cells. Research has indicated that free radicals may play a role in the development of heart disease, cancer, and respiratory diseases.

It is unclear as to whether the link between Vitamin C and respiratory diseases exists for people without these diseases.

The study is published in the journal Epidemiology.