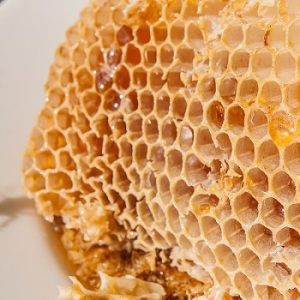 Tualang honey is produced in the rainforests of Indonesia, Malaysia, the Philippines, and Thailand. [Photo: Bigstock]

Natural Health News — Smoking produces, among other things, excess free radicals in the body this is just one of the problems that links it to many serious health issues including stroke, myocardial infarction, cardiovascular disease, coronary artery disease, to name but a few.

However a type of rainforest honey may help reduce some of the risk.

In a recent study Malaysian researchers looked specifically at the impact the antioxidants in honey have on the oxidative stress in smokers.

» Smoking produces an excess of free radical in the body and oxidative stress is one way in which smoking can damage health.

» One way to combat this may be to increase consumption of anti-oxidant rich foods.

» A type of ‘rainforest’ honey known as tualang is rich in antioxidants and this small study showed that supplementation over12 weeks improved the antioxidant status of chronic smokers.

In addition to raising levels of free radicals in the body,smoking also lowers levels of beneficial anti-oxidants.  Past research has shown supplementing with antioxidant rich herbs and algae may help improve oxidative status in smokers. In addition, supplementing with honey, which is rich in sugars but also minerals, proteins, organic acids and antioxidants has been effective in reducing the toxic effects of cigarette smoke in rats, yet prior to this study the effects of honey supplementation in chronic smokers was yet to be documented.

The researchers looked at the effect 12 weeks of supplementation with a particular kind of rainforest honey called tualang on a small group of 32 chronic smokers and compared their findings to two ‘control groups: 32 other chronic smokers and 32 non-smokers who were not taking the supplement.

Tualang honey is produced by a type of bee called Apis dorsata, or the giant honeybee, in large nests hanging from the high branches of the tualang trees. It is produced in Indonesia, Malaysia, the Philippines, and Thailand.

Before the study began the researchers looked at levels of antioxidants in the blood of all participants. As expected the smokers had a greatly reduced antioxidant status compared to the non-smokers.

At the end of the 12 weeks, honey group smokers were found to have greatly improved antioxidant status, strongly suggesting that the  honey had strong free radical ‘scavenging’ activity that helped offset oxidative stress in the smokers.

The authors conclude: “Our findings may suggest that honey can be used as a supplement among those who are exposed to free radicals in cigarette smoke either as active or passive smokers in order to protect or reduce the risk of having cardiovascular diseases.”

Tualang honey is produced in the rainforests of Indonesia, Malaysia, the Philippines, and Thailand. [Photo: Bigstock]