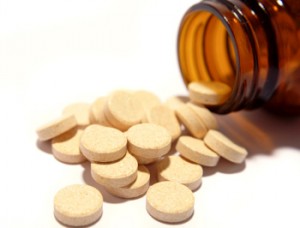 Could vitamin C be key to new TB treatments?

The finding suggests that adding vitamin C to existing TB drugs may significantly shorten the current lengthy course of chemotherapy and opens the door for the development of novel TB treatments.

Tuberculosis (TB) is caused by bacteria (Mycobacterium tuberculosis) that most often affect the lungs. It is spread from person to person through the air for instance through sneezes, coughs or spitting.

According to the World Health Organization, TB is second only to HIV/AIDS as the greatest killer worldwide due to a single infectious agent. About one-third of the world’s population has latent TB, which means people have been infected but are not ill and cannot transmit the disease. Being a carrier is not a guarantee of falling ill with the disease.

In 2011, 8.7 million people fell ill with TB and 1.4 million died from it. It is generally both preventable and curable – usually with a 6-month long course of antimicrobial drugs such as isoniazid and rifampin.

Although the death rate from TB has been dramatically reduced over the years, in developing or low income countries, in impoverished households or in those with HIV, TB can still be a killer. Whatismore, surveys show that multi-drug resistant TB is present in virtually all countries.

It was while investigating how the tuberculosis bacterium becomes resistant the researchers made their discovery.

The researchers writing in  the journal Nature Communications observed that isoniazid-resistant TB bacteria were deficient in the organosulphur compound mycothiol.

They hypothesised that TB bacteria that can’t make mycothiol might contain more of a related substance, the amino acid cysteine. They then tried to produce resistance in the bacteria by exposing them to isoniazid and cysteine. But instead of growing the culture the mixture ended up killing it.

The researchers suspected that cysteine was helping to kill TB bacteria by acting as a reducing agent that triggers the production of reactive oxygen species (free radicals). To test that hypothesis, they replaced cysteine with another reducing agent, vitamin C.

Lethal to all known TB strains

Not only did the combination kill the bacteria, but in further tests the vitamin C by itself destroyed it as well.

Of course, the vitamin still has to be tested in animals and humans. “But” noted Jacobs “if it hadn’t been for this unexpected discovery, we might never have even thought of testing it in humans.”