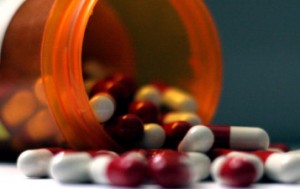 Natural Health News — A new survey has found that doctors prescribe antibiotics in 60% of visits for sore throats and 73% of visits for acute bronchitis when the antibiotic prescribing rate should be about 10% and zero percent respectively.

While antibiotic ‘stewardship’ programmes have helped reduce some of the misuse of the the medications in hospitals, the analyses by Harvard University researchers,  published in JAMA Internal Medicine, suggests the message isn’t always getting through, with patients continuing to request antibiotics for conditions they don’t cure, and doctors prescribing them.

The inappropriate use of antibiotics adds to the creation of drug-resistant bacteria, or ‘superbugs’, which are very difficult to treat and are a public health threat.

“Also, people need to understand that by taking antibiotics for viral infections, they’re putting something in their bodies that they don’t need,” said Jeffrey A. Linder, MD, MPH, associate professor of medicine at Harvard Medical School, associate physician at Brigham & Women’s Hospital, Boston, and senior author of the study. “Taking antibiotics unnecessarily exposes people to adverse drug reactions, allergies, yeast infections and nausea, with no benefit.”

Sore throats caused by streptococcus bacteria (‘strep’) should be treated with antibiotics. But while people often think they have ‘strep’ throat, streptococcus is the cause only about 10% of the time. In most cases, a virus causes the sore throat. Acute bronchitis is almost always viral, and even when bacteria are involved, there is no need for antibiotics unless the patient develops pneumonia, said Dr. Linder.

To assess the antibiotic prescribing rate for sore throat, researchers determined there were 94 million visits to primary care physicians and emergency rooms for sore throats between 1997 and 2010, based on an extrapolation of 8,191 visits. Physicians prescribed antibiotics 60% of the time, a decrease from 73% from numbers reported by the same authors in 2001.

For acute bronchitis, researchers calculated there were 39 million visits to primary care physicians and emergency rooms between 1996 and 2010, based on a extrapolation of 3,667 actual visits. Researchers determined there was a significant increase in the number of visits for acute bronchitis to primary care doctors, from 1.1 million in 1996 to 3.4 million in 2010. They also noted an increase in the antibiotic prescribing rate in emergency rooms for this condition; from 69% to 73%, during the same 14-year period.

Time is the best treatment

Most sore throats and cases of acute bronchitis should be treated with rest, fluids and using a humidifer, and don’t require a visit to the doctor, said Dr. Linder. A cough, runny nose and hoarseness usually are signs that a sore throat is viral, not caused by strep. Pain relievers can help. Essentially a chest cold, acute bronchitis involves swelling and inflammation of the bronchial tubes in the lungs and typically follows a head cold or flu, which are viral infections. The illness lasts a week or two, but the cough, caused by lung irritation, may linger for weeks.