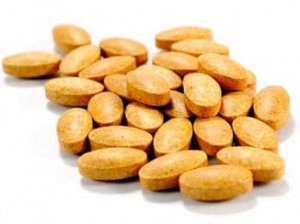 To find a definitive answer Chinese researchers analysed the findings of 14 high quality clinical trials that included a total of more than 55,000 people.

All of the trials compared vitamin B supplement use with a placebo or very low-dose vitamin B.

The participants were followed for a minimum of six months. There were a total of nearly 2,500 strokes among the participants in the studies, all of which showed some benefit of taking vitamin B.

Though the findings of individual studies varied, overall they found that vitamin B supplements reduced the risk of stroke by 7%. However, supplementing with B vitamins but did not appear to reduce the severity of strokes or the risk of death from stroke, according to the review, which was published in the online edition of the journal Neurology.

Two forms of B vitamins – folic acid and B12 – were particularly influential.

Folate (B9) and cobalamin (B12) are important regulators of homocysteine metabolism; high levels of homocysteine are a risk factor for heart disease and stroke. In several countries cereals are fortified with folic acid which is a supplemental form of folate.

The researchers found that folic acid appeared to reduce the beneficial effect of vitamin B. They also found that vitamin B12 had no effect on stroke risk unless there was a pre-existing deficiency.

Several biological factors, however, may affect whether vitamin B supplements will affect stroke risk and these may account for conflicting results between apparently similar studies.

“Based on our results, the ability of vitamin B to reduce stroke risk may be influenced by a number of other factors, such as the body’s absorption rate, the amount of folic acid or vitamin B12 concentration in the blood, and whether a person has kidney disease or high blood pressure,” said review author Xu Yuming, of Zhengzhou University in China.

Because of these biological factors the researchers also suggest that it can be difficult to make broad recommendations for daily doses. Indeed in the study there seemed little difference in benefit between different doses of folic acid and B12. What mattered more was blood levels of these nutrients, especially with regard to B12.

“Our clinical implication is that metabolic B12 deficiency should be more thoroughly followed and treated, so that such deficiencies are found and treated appropriately with B vitamin intervention,” the authors write. “In future, we should consider adoption of specific administration routes rather than a single oral route, e.g. oral route in populations with inadequate dietary intake or injection route in populations with B12 malabsorption to obtain effective intervention results.”

Ischemic strokes can have many different causes, the most common being hypertension, diabetes, high cholesterol, smoking and obesity,while some doctors are aware of the influence of deficiency of vitamins and enzymes, it is not always followed through in standard health checks given to patients who have suffered a stroke.

The analysis is  important because there is an increased public interest in dietary prevention of disease and these findings identify a substance which is readily available and has been demonstrated to have a positive effect in stroke risk reduction in certain individuals.