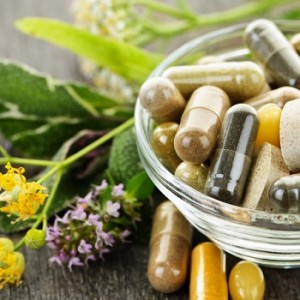 Being low in magnesium is associated with various symptoms such as depression, psychosis, irritability, or confusion. [Photo: Bigstock]

Natural Health News — People who are stressed often feel their bodies are missing some essential nutrient – but finding the best supplement to support times of stress can be a bit of a lottery.

In a recent study by French scientists, a blend of probiotics, magnesium, vitamins and minerals was found to lower stress and fatigue levels – and this benefit was maintained even one month after discontinuing the supplement.

The study involved 242 volunteers (mostly women), complaining of psychological stress and with an average age of 38.

» Stress can cause multiple nutrient deficiencies in the body. How best to supplement to address stress is still unclear.

» In a new study French researchers found that a magnesium-containing supplement significantly decreased both stress and fatigue. This element, say the researchers, is a key component of any stress supplement regimen.

One month after discontinuing use of the supplements, a follow-up self-questionnaire revealed that these benefits were still apparent.

The researchers suggest that magnesium may be particularly key in times of stress. A decline in magnesium status is associated with various symptoms such as depression, psychosis, irritability, or confusion.

In another study conducted by the same team, a 32.9% decrease in stress was seen with a similar food supplement containing calcium, magnesium and iodine.

This is similar to the figure obtained in another study of a magnesium-containing supplement, which showed a 31.9% reduction in stress.

The researchers suggest, that although magnesium seems to be key we are still some way from understanding what nutrient or combination of nutrients contributed to the long-term effects seen in the study.

There is, in fact, a great deal of evidence to suggest that supplements can help reduce fatigue and reduce the oxidative stress caused by chronic stress exposure.

Vitamins A, C, and E as well as beta-carotene, omega-3s and polyphenols have been shows to be particularly helpful. Probiotics have been shown to boost emotional health via what has come to be known as the ‘brain-gut axis’.

A 2010 study that compared a high-dose B vitamin complex with vitamin C and found that they improved symptoms of stress by 14.2% vs. 12.7% respectively – though participants in this study were less stressed than in the current study.

If you are stressed and uncertain about how best to supplement, it is advisable to consult a qualified nutritionist.

Being low in magnesium is associated with various symptoms such as depression, psychosis, irritability, or confusion. [Photo: Bigstock]