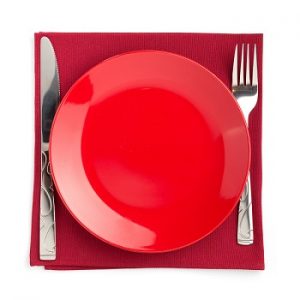 Alternate day fasting might not be the best way to lose weight. [Photo: Bigstock]

Natural Health News — When it comes to weight loss fasting – in a variety of different forms – is definitely the latest trend.

While many claim success using this method, a new study suggests it might not be the best way to go.

The study, published in the journal JAMA Internal Medicine, looked at whether alternate-day fasting was more effective for weight loss and weight maintenance compared with daily calorie restriction. The randomized clinical trial, conducted by researchers from the University of Illinois at Chicago, followed 100 metabolically healthy obese adults for a year. They were placed into three groups: an alternate-day fasting group, a calorie-restriction group, and a no-intervention control group.

After analysing the data the authors discovered that, contrary to expectations, alternate-day fasting diet was not superior to the daily calorie-restriction diet with regard to adherence, weight loss, weight maintenance, or improvement in risk indicators for cardiovascular disease including blood pressure, cholesterol and glucose levels.

» Most studies have suggested it is effective – though these have been mostly short term studies of a few months.

» A new longer-term study, over a year, suggests that alternate day fasting may not be any more effective than daily calorie restriction – and in fact may be harder for some to follow.

Both groups did lose weight, with a 6% loss for the alternate-day fasting group and a 5.3% loss for the daily calorie-restriction group. As far as regaining the weight, the researchers determined that, after 6 months of follow up, there was not a significant difference between the two groups.

“Alternate-day fasting has been promoted as a potentially superior alternative to daily calorie restriction under the assumption that it is easier to restrict calories every other day,” the researchers reported. “However, our data from food records, doubly labelled water, and regular weigh-ins indicate that this assumption is not the case.”

The authors concluded that “taken together, these findings suggest that alternate-day fasting may be less sustainable in the long term, compared with daily calorie restriction, for most obese individuals.”

Research into fasting is not plentiful – it’s only in the last couple of decades that it has been on scientists’ radar.

The results according to co-author Krista Varady, a professor of nutrition at the University of Illinois Urbana-Champaign, don’t necessarily indicate that alternate day fasting doesn’t work but just that it may not be much more effective than normal dieting. Also it does not tell us, why, for example, some people get on really well with fasting while others don’t. Personality types, the amount of stress a person is under and in particular pre-existing conditions like diabetes or pre-diabetes, may be influential. Varaday and her colleagues do plan to look at fasting diets in contexts like this in future research, so watch this space.

Alternate day fasting might not be the best way to lose weight. [Photo: Bigstock]