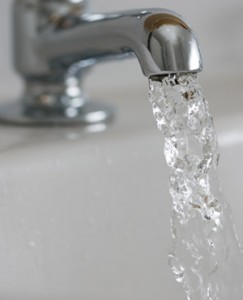 Food allergies are on the rise, and pesticides and tap water could be partially to blame.[Image: Pemanducomm - Wikimedia commons]

Are pesticides in water to blame for the rise in food allergies?

Natural Health News — Food allergies are on the rise, and according to a new study pesticides and tap water could be partially to blame.

Among 10,348 participants in a US National Health and Nutrition Examination Survey 2005-2006, 2,548 had dichlorophenols measured in their urine and 2,211 were included in the current study.

Food allergy was found in 411 of these participants, while 1,016 had an environmental allergy.

“Previous studies have shown that both food allergies and environmental pollution are increasing in the United States,” said Dr Jerschow. “The results of our study suggest these two trends might be linked, and that increased use of pesticides and other chemicals is associated with a higher prevalence of food allergies.”

While opting for bottled water instead of tap water might seem to be a way to reduce the risk for developing an allergy, according to the study such a change may not be successful.

“Other dichlorophenol sources, such as pesticide-treated fruits and vegetables, may play a greater role in causing food allergy,” said Dr. Jerschow.

According to the US Centers for Disease Control and Prevention, an increase in food allergy cases of 18% was seen between 1997 and 2007.

In the UK a recent guidance from the National Institute for Clinical Health and Excellence (NICE) highlighted a large increase in the number of children admitted to hospital with severe allergic reactions (anaphylaxis) – a 700% rise between 1990 and 2004.

Food allergy symptoms can range from a mild rash to a life-threatening reaction known as anaphylaxis. The most common food allergens are milk, eggs, peanuts, wheat, tree nuts, soy, fish, and shellfish.

Food allergies are on the rise, and pesticides and tap water could be partially to blame.[Image: Pemanducomm - Wikimedia commons]