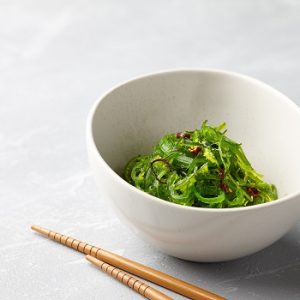 Are the health benefits of cobalt ‘underappreciated’?

It is a mineral that doesn’t get enough attention despite its ability to stimulate systemic antioxidant and anti-inflammatory processes, at least according to two American researchers.

Cobalt is a naturally occurring trace element which has been used since ancient times for its blue colour in glass and ceramics. It is an essential dietary mineral in mammals at a low level and its presence is a result eating food stuffs containing trace elements of cobalt. It is also present in vitamin B12.

As a mined mineral it is a crucial component of the batteries powering an arguably indispensable daily gadget: the smartphone.

But when it comes to its dietary form, “The human health-supporting properties of dietary cobalt are underappreciated,” ​argued the paper’s authors, Dr Michael Glade, a Hawaii-based clinical nutritionist, and Dr Michael Meguid, professor emeritus of surgery, neuroscience and nutrition at the Upstate Medical University in Syracuse, NY.

» Cobalt is a naturally occurring trace element. It is present in our diets as part of vitamin B12 (cobalamin).

» While it is assumed that if we get enough B12 we are getting enough cobalt – and that the two have similar benefits – a recent review suggests that cobalt on it;s own may have unique health benefits.

» The reviewers suggest that to get cobalt separate from vitamin B12 we can include more fish, nuts and green and/or leafy vegetables in our diets.

B12, also known as cobalamin (reflecting it’s cobalt fraction) is needed for blood cell formation, for healthy brain and nervous system function, as well as in DNA synthesis, fatty acid synthesis and energy metabolism. It is generally assumed that if you get enough B12 you are getting enough cobalt. However, Drs Glade and Meguid argue that the mineral may play important biological roles “independent of and in addition to its sequestration within vitamin B12 molecules.”​

Citing studies that go back to the 1960s, Glade and Meguid highlight data which shows that small amounts of cobalt have the potential to stimulate antioxidant defenses in humans as well as suppress inflammation.

It’s a controversial claim since cobalt and cobalt compounds are classified as ‘possibly carcinogenic’ by the International Agency for Research on Cancer (IARC), a division of the World Health Organization (WHO).

Glade and Meguid however, argue, that the IARC conclusion was “based on extreme intakes in animal experiments,” ​and that there was “no evidence of human carcinogenicity of cobalt and cobalt compounds.”​

The authors report that a number of investigations and expert panels have been conducted to confirm the safety of cobalt dietary supplementation in humans. One such investigation, published in 2004 by the US Agency for Toxic Substances and Disease Registry, concluded that the long-term minimal risk level for oral cobalt in adults is 10 micrograms per kilogram of body weight daily.

Get it from food

Cobalt – separate from vitamin B12 – is not generally included in supplements and there is some question over how well absorbed it is in mineral form in any case. The claim of cobalt carcinogenicity is not related to cobalt found naturally in everyday foods. It is equally possible that the cobalt content of these foods contributes to their health benefits.

Including more cobalt-containing foods in your daily diet should ensure you get enough.