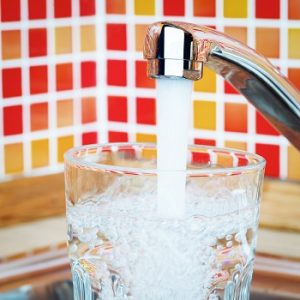 Experts say it may not be safe to add fluoride to drinking water. [Photo: Bigstock]

Expert calls for a fluoride ‘moratorium’ in the UK

Health experts are calling on public health authorities in the the UK to place a moratorium on adding fluoride to drinking water until it can be proven safe.

For more than 40 years fluoride has been added to the water supplies for around six million people in the UK and Public Health England says it is a ‘safe and effective’ health measure to combat tooth decay. Areas that still operate fluoridation schemes include Cumbria, Cheshire, Tyneside, Northumbria, Humberside, Lincolnshire, Durham, Nottinghamshire, the West Midlands and Derbyshire.

But, according to a report in the Guardian newspaper, researchers continue to question the research ‘proving’ fluoride’s effectiveness and also worry that its potential adverse effects – bone and bladder cancers and also lower children’s IQs – are being downplayed or simply ignored.

» Fluoride is ubiquitous and we are exposed to it through a variety of dental health products as well as through the water supply – and to a much lesser extent through food. Concern that we are getting too much recently prompted the US to lower the level of fluoride added to water by 30%.

» A UK health expert suggests that the risks of added fluoride are higher than the benefits, that most research is out of date, and that the UK should put a moratorium on adding fluoride to water until proper, up-to-date research can be performed.

Stephen Peckham, professor of health policy at the Centre for Health Service Studies at Kent University, said fluoridation was introduced before there was enough thorough research to demonstrate its safety and effectiveness.

Fluoride – evidence too old to be reliable

Indeed an analysis form the prestigious Cochrane Collaboration, an organisation of 14,000 academics, reviewed fluoridation evidence earlier this year found data showed there was some effectiveness in reducing tooth decay but that the only studies deemed admissible were from before 1975 and the risk of bias was high. In addition, the analysis a “significant association” between dental fluorosis (permanent tooth staining) and high naturally occurring fluoride levels in water.

According to Peckham: “Water fluoridation was implemented before statistics had been compiled on its safety or effectiveness. It was the only cannon shot they had in their armoury. It gets rolled out, becomes – in England – policy and then you look for evidence to support it.

“The fat debate [whereby fat used to be the big enemy in food before that was revised] is an example of evidence getting built up to support a theory. It’s a dental health policy that’s got up a head of steam and people have been reluctant to see it criticised.

“You can’t really confidently say that water fluoridation is either safe or effective. There is a problem where the evidence is seen as either totally in favour or totally negative and it’s more murky than that.”

Prof Peckham has led research into whether hypothyroidism – which can cause anxiety, sleeping problems and muscle weakness – is linked to fluoridation but said there are problems with studies on both sides of the argument.

He added that he’d like to see a moratorium on adding fluoride to UK water supplies and in the mean proposed a study should be set up to properly judge the effects on children in fluoridated and non-fluoridated areas.

We’re getting too much

Fluoride is a ubiquitous chemical in our everyday lives. It is widely used in dental products as well as being added to water supplies throughout the world. In Britain public health authorities add 1mg of fluoride per litre of water. But even in the US, where enthusiasm for fluoridation is still high, authorities have begun to recognise that we may be getting too much.

In 2015 the maximum concentration of fluoride in the US drinking water supply was lowered for the first time in 50 years, to 0.7mg fluoride per litre of water amid concerns people are being exposed to too much fluoride in products such as toothpaste and mouthwash.

Pay attention to brushing – and diet

There is little good evidence that fluoride is the single biggest, or even most important, contributor to good dental health. There is no long term research, for example, comparing the effect of non-fluoride and fluoride-containing toothpastes on dental health in children. Many fluoride-free toothpastes are made with plant extracts and natural botanicals that help reduce plaque causing bacteria.

In addition there has been very little research which looks at diet and dental health – though clearly the two are linked. In this respect it is not enough to simply avoid sugary or acidic foods and snacks but also to include the kind of wholefoods that help build strong teeth and bones.

Regular brushing tor two minutes twice a day remains the best way to clear food and plaque causing bacteria from the teeth and gums. For young children especially attention to diet and alternatives such as Childsmile, Scottish scheme that includes supervised tooth-brushing in primary schools and nurseries, may be safer and more effective at improving dental health.

Experts say it may not be safe to add fluoride to drinking water. [Photo: Bigstock]