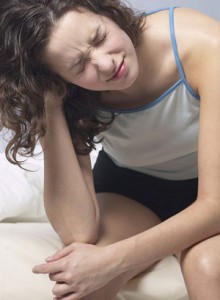 An overindulgence in alcohol puts a great strain on the liver, which attempts to process all the toxins.

Natural remedies will help to support the liver and relieve the common symptoms of a hangover such as headache, dry mouth, irritability and nausea.

A combination of the herbs chamomile, lemon balm, dandelion and meadowsweet will encourage the body to eliminate toxins and be soothing for any headache or nausea. Make an infusion using a heaped teaspoon of mixed herbs to a cupful of boiling water. Drink a cupful at bedtime and then every four hours the following day.

Milk thistle is a liver tonic herb that helps to repair the damage done to the liver by alcohol. Add 20 drops of milk thistle tincture to the above infusion or to hot water and take three times a day.

The herb milk thistle has been proven to protect the liver against the damaging effects of all poisons including alcohol, and it will actually help the liver to regenerate. You could take milk thistle tincture before and after a night out.

Drinking lots of water before you go to bed will help relieve the dehydration that causes headaches with a hangover. Mint tea, drunk throughout the day, may also help with any feelings of nausea

Finally, the homoeopathic remedy Nux vomica will relieve symptoms such as nausea, irritability, oversensitivity to noise due to overindulgence in food or alcohol associated with a hangover. Take a Nux vomica 30 before you go to bed and one on waking in the morning.

If general overindulgence has prompted you to consider a complete detox see our suggestions here.