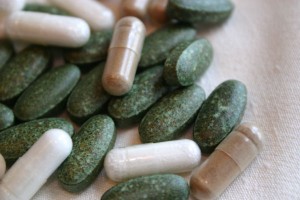 How seriously should we take a new report that suggests taking vitamins can kill you?

You could hardly have failed to notice the headlines this week; a new study claims to show that vitamins can kill you.

But before we find ourselves in the grip of widespread multivitamin phobia, it’s worth considering the context in which the story has appeared, as well as considering what the study actually said – versus what a sensationalist media would have you believe it said.

In America and in Europe the consumers’ freedom to continue to purchase the wide variety of nutritional supplements we currently enjoy is under threat. On both sides of the Atlantic powerful lobbyists are pushing to restrict what we can buy and to bring in complex and expensive registration and licensing procedures for vitamin and mineral supplements most of which have been on sale for decades and used safely by millions of people.

Should this happen, the manufacture of our vitamin supplements would likely fall solely to major pharmaceutical companies. Smaller companies who also make supplements would simply not have the funds available to meet the licensing requirements.

We are already seeing the beginning of something similar with herbal products in Europe, many of this were taken off the market in May 2011 under the auspices of the European Traditional Herbal Medicinal Herbal Products Directive (THMPD).

Had this context not been in place this study which, while interesting, is hardly the final word on the subject, would never have been given the space or attention it has received in the last two days.

So what did the study, published in the Archives of Internal Medicine, say?

The researchers’ aim was to study the effect of a range of nutritional supplements on premature death from a variety of causes. They concluded that while most dietary supplements have no effect either way on rates of early death, some appear to be “associated with an increased risk of death in older women.”

They go on to recommend:  “Based on existing evidence, we see little justification for the general and widespread use of dietary supplements. We recommend they be used with strong medically based cause, such as symptomatic nutrient deficiency disease.”

We should all be careful of taking pills of any kind without justification – and that includes the millions of ‘just in case’ and unproven conventional drugs which have become like so much hard candy in our daily lives. But the relatively weak associations found in this study really don’t justify the furore or the fear mongering, and in fact obscure some legitimate questions which arise from the data.

The researchers used information from a large ongoing women’s health study, the Iowa Women’s Health Study, to examine the association between vitamin and mineral supplements and mortality (death) rate among 38,772 older women. The average age in the study was 61.6 years.

Information about supplement use was self-reported, relied on the accurate recollections of the participants and was collected only three times over the 22 years of the study – in 1986, 1997 and 2004 – via questionnaires. Except for calcium and iron, there was no indication of the dosages taken.

Data based on recall is often unreliable. In addition, there was limited information on the health and nutritional status of the women involved. Furthermore, all the women in the study were white – so the results are not applicable across a multicultural society.

By the authors’ own admission the power of the study to prove anything other than an association between certain supplements and early mortality is relatively low.

Nevertheless, they report that in their study certain supplements increase the risk of dying early. The reported increased risk was around 5.9% for folic acid, 4.1% for vitamin B6, 3.9% for iron, 3.6% for magnesium, 3% for zinc, 2.4% for multivitamins and 1.8% for copper.

Not widely reported in the press was the fact that after adjustment for influential factors only multivitamins and copper showed any significant association with early death.

Also not reported in the press was the finding that calcium reduced the risk of death by 3.8%. Also not reported was that this effect diminished with increasingly high doses of calcium. The risks associated with iron were also dose dependent, rising as the estimated daily dose of iron rose.

Frustratingly there is no exploration of biological plausibility in this study – in other words why should this be so? Why some supplements and not others? What is it about women in this age group that may make them more vulnerable?

That last question is one that is constantly under scientific scrutiny. So before throwing out your tablets it is worth bearing in mind some other recent studies which attempt to explain why some of us – female and male – die earlier than others:

Admittedly, all this data is a bit overwhelming, but it helps to understand the bigger picture of what we know, and what we don’t know, and where we are just guessing about the things that influence our health and well being as we get older.

Compared to the figures above what does the 2-6% increase in early death from women who may or may not have reported their supplement use accurately, and for whom we have limited data on dosages and combinations of the supplements they were taking, really tell us? In the end very little.

Further, such data does not negate the hundreds of good studies over many decades showing benefit from taking well-targeted supplements for specific health conditions.

Studies like this can only ever form a piece of the overall puzzle of how we understand health.

The authors briefly touch on the notion, for instance, that supplement use combined with the now widespread practice of fortifying foods with certain nutrients may result in harm from the over-supplementation of some groups.

It’s interesting, in light of this view, that folic acid and iron were among the nutrients strongly associated with early death in this study.

The authors also remind us that they were looking at death, not health, and also concede that appropriate vitamin use may have beneficial effects on health for some.

Reported in a sensationalist way by a media with no sense of context or history in health research, the headlines we’ve seen this week can seem alarming, even frightening, when the more appropriate reaction to them should be detachment and an eye on the bigger picture of what really influences our health for better or worse.

How seriously should we take a new report that suggests taking vitamins can kill you?