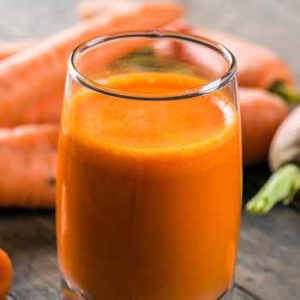 Carrots are a good source of the vitamin A precursor beta carotene, which the body can use to make retinoic acid. [Photo: Bigstock]

Natural Health News — Vitamin A is well-known for maintaining good eyesight, and a well-functioning immune system. Now new research suggests it may have a role to play in suppressing colorectal cancer.

A new study from the Stanford University School of Medicine shows a connection between retinoic acid, a compound derived in the body from vitamin A, and the suppression of colorectal cancer in mice and humans.

“The intestine is constantly bombarded by foreign organisms,” said co-lead researcher Edgar Engleman, MD, professor of pathology and of medicine. “As a result, its immune system is very complex. There’s a clear link in humans between inflammatory bowel disease, including ulcerative colitis, and the eventual development of colorectal cancer.

» Retinoic acid – a form of vitamin A – has a role in improving immunity and fighting inflammation. It is used in some cancer treatments but there is still much we don’t know about how it works.

» A new study in humans and animals has shown that when adequate retinoic acid is present in gut tissues the likelihood of developing colorectal cancer is reduced.

» Adequate levels can be hard to test for because retinoic acid can be degraded by certain proteins in the body. Nevertheless this new information may lead to new tests and treatments for bowel cancer.

Bringing levels of retinoic acid in the tissue back into a more normal range, either by supplementing the animal with retinoic acid or by blocking its degredation dramatically reduced the number of tumours in the animals.

When the researchers went on to investigate human tissues taken from people with either ulcerative colitis or colorectal cancer, they found a similar result. Those patients with increased amounts of the degradation protein in their intestinal tissue tended to fare more poorly than others with less of this protein.

Retinoic acid – still much to learn

Retinoic acid is essential for many processes of growth and development and has been the subject of many recent scientific studies. Researchers have been aware of its complicated relationship with immune-related inflammation and gut microorganisms – but is difficult to study because it degrades quickly when exposed to light. This makes it challenging to accurately detect levels of the metabolite in the body.

Laboratory studies have shown that retinoic acid helps turn pre-cancer cells back to normal healthy breast cells. This effect has not been seen in full blown cancer and there is still uncertainty over the optimum ‘dose’.

It is already used to help prevent the recurrence of some cancers, but to complicate the picture further, it is not effective in all patients. Researchers aren’t sure why but it is thought that that a protein known as AEG-1 blocks the effects of retinoic acid – an effect that has been seen in leukaemia and liver cancer patients.

Rather than being a single nutrient, Vitamin A is a group of related nutrients. Broadly speaking these can be divided into two groups retinoids, which come from animal foods, and carotenoids which come from plant foods.

Offal – beef, veal and lamb lungs, kidneys and liver – is a rich source of dietary retinoic acid. The meat from these animals only provides a small amount of vitamin A.  Oily fish such as tuna and mackerel as also good sources of retinoids, and your body can turn the beta-carotene (a vitamin A-precursor) found in yellow, orange, and green leafy fruits and vegetables (such as carrots, spinach, lettuce, tomatoes, sweet potatoes, broccoli, cantaloupe, and winter squash) into retinoic acid.

Carrots are a good source of the vitamin A precursor beta carotene, which the body can use to make retinoic acid. [Photo: Bigstock]