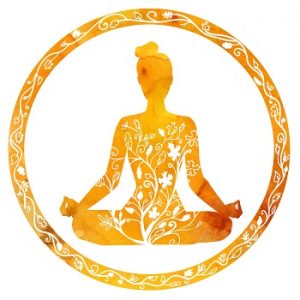 Natural Health News — Science continues to peel away layers of the skin microbiome to reveal its protective properties.

In a study published in Science Advances, researchers from the University of California San Diego, School of Medicine reveal a potential new role for some bacteria on the skin: protecting against cancer.

“We have identified a strain of Staphylococcus epidermidis, common on healthy human skin, that exerts a selective ability to inhibit the growth of some cancers,” said Richard Gallo, MD, PhD, Distinguished Professor and chair of the Department of Dermatology at UC San Diego School of Medicine. “This unique strain of skin bacteria produces a chemical that kills several types of cancer cells but does not appear to be toxic to normal cells.”

» A strain of the bacteria Staphylococcus epidermidis, common on healthy human skin, could help protect against UV induced skin cancer.

» This S. epidermis strain produces a chemical, 6-N-hydroxyaminopurine (6-HAP) which limits both tumour development and its spread.

» While the bacteria is commonly found on human skin, it’s not found on everyone. According to the scientists only about 20% of us is likely to have a strain which produces 6-HAP.

» More research is needed to understand why this strain is not universal, and how it might be harnessed to protect more widely against skin cancer.

In addition to its potential to suppress development of UV-induced skin tumours, 6-HAP also impairs the creation of DNA, known as DNA synthesis, and prevents the spread of transformed tumour cells.

For instance, the animals that received intravenous injections of 6-HAP every 48 hours over a two-week period experienced no apparent toxic effects, but when transplanted with melanoma cells, their tumour size was suppressed by more than 50% compared to controls.

A layer of protection

“There is increasing evidence that the skin microbiome is an important element of human health. In fact, we previously reported that some bacteria on our skin produce antimicrobial peptides that defend against pathogenic bacteria such as, Staph aureus,” said Gallo.

In the case of S. epidermidis, it appears to also be adding a layer of protection against some forms of cancer, said Gallo. Further studies are needed to understand how 6-HAP is produced, if it can be used for prevention of cancer or if loss of 6-HAP increases cancer risk, said Gallo.

While Staphylococcus epidermidis is commonly found on human skin, the team say about 20% of the healthy population is likely to have a strain which produces 6-HAP. “Our study found that it is common, but not on everyone,” said Gallo.

Increasing levels of skin cancer are a lifestyle issue – for instance, with people not taking sun safety seriously. According to the World Health Organization, sunbed use is estimated to be responsible for more than 450 000 non-melanoma skin cancer cases and more than 10 000 melanoma cases each year in the United States of America, Europe and Australia combined.

But skin cancer rate can rise due to ecological problems as well. As ozone levels are depleted, the atmosphere loses more and more of its protective filter function and more solar UV radiation reaches the Earth’s surface. It is estimated that a 10 per cent decrease in ozone levels will result in an additional 300,000 non-melanoma and 4,500 melanoma skin cancer cases each year.

The current study shows that skin has an innate ability to protect us from skin cancer – the questions left open are why don’t more of us have this strain on our skin and what might interferes with growth of beneficial strains of S. epidermidis. We know that harsh and/or antibacterial soaps and body washes, as well as antiperspirants, affect skin flora – but their specific effect on S. epidermis and other beneficial skin bacteria is poorly researched. The type of clothing we wear (for instance whether it is breathable or coated with anti-stain, antibacterial chemicals) may have an effect as will our use and exposure to antibiotics.

Too often we focus on ‘beauty’ – fewer wrinkles, fewer spots, etc – when it comes to skin health. A better understanding of how the skin’s natural microbiome interacts with its environment may be a better route to truly healthier skin.