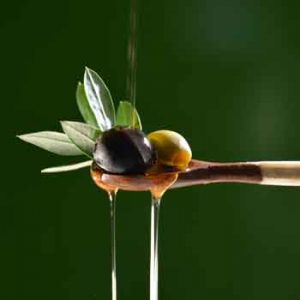 Olive oil protects the heart and the gut

Natural Health News — Two recent studies have given us insight into the protective effect of olive oil.

In the first, Spanish researchers investigated the association between olive oil and coronary heart disease (CHD). They studied data gleaned from more than 40,000 Spanish participants in the ongoing European Prospective Investigation into Cancer and Nutrition (EPIC) study.

EPIC was designed to investigate the relationships between diet, nutritional status, lifestyle and environmental factors and the incidence of cancer and other chronic diseases. It is a large study, having recruited over half a million (520,000) people in 10 European countries: Denmark, France, Germany, Greece, Italy, The Netherlands, Norway, Spain, Sweden and the United Kingdom.

The participants were all free of CHD events at the beginning of the study and followed from between 8-12 years until 2004.

The authors conclude that preserving the traditional culinary use of olive oil in the Mediterranean diet was an effective way of reducing the burden of CHD.

Although this study used animals rather than people, its findings could ultimately, lead to therapeutic benefits for patients with spinal cord injuries, arthritis and pleurisy, as well as those suffering from intestinal ischemia/reperfusion. It also suggest that oleuropein aglycone,  may be useful in the therapy of inflammation-associated disease.

Commenting on the study John Wherry, PhD, Deputy Editor of the Journal of Leukocyte Biology said “Olive oil’s healing properties have been known for millennia, but until relatively recently, we have had few direct scientific insights into exactly how it works in the body. Not only does this report shed light on the molecular details of how olive oil may provide health benefits, but it may open new doors to enhancing treatments based on this discovery.”