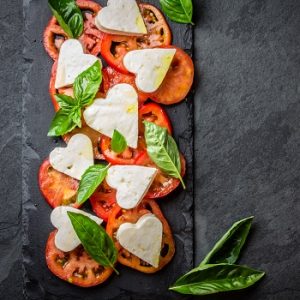 A plant-based, Mediterranean-style diet could be as effective as common medications for reducing acid reflux. [Photo: Bigstock]

Natural Health News — A plant-based, Mediterranean-style diet could be as effective as common medications for reducing acid reflux.

This is the conclusion of a study published in JAMA Otolaryngology Head Neck Surgery by researchers from Northwell Health’s The Feinstein Institute for Medical Research and New York Medical College.

In all, 63% percent of patients treated with a plant-based diet and alkaline water combination saw a six point reduction in their Reflux Symptom Index (RSI – a measurement for the severity of reflux symptoms), compared to 54% reduction in patients taking PPI’s. Though this research only focused on those with laryngopharyngeal reflux, this same diet regimen has implications to help patients with gastro-esophageal acid reflux (also known as GERD).

» Research has shown that a plant based ‘Mediterranean’ style diet, with very little dairy, can help reduce the symptoms of laryngopharyngeal reflux and may also be useful for those suffering from gastro-esophageal acid reflux (GERD).

» The researchers suggest doctors try a dietary approach before prescribing PPIs which also bring with them increased risk of stroke, heart attack, dementia and kidney damage.

Lead author of the study, Craig H. Zalvan, MD, FACS, chief of Otolaryngology and medical director of The Institute for Voice and Swallowing Disorders at Northwell Health’s Phelps Hospital and researcher at the Feinstein Institute, said he was formerly one of the largest prescribers of PPI’s in the region. Feeling that there had to be a better approach to treating reflux conditions like laryngopharyngeal reflux, he started to research alternatives.

“Although effective in some patients, I felt medication couldn’t be the only method to treat reflux and recent studies reporting increased rates of stroke and heart attack, dementia and kidney damage from prolonged PPI use made me more certain,” said Dr. Zalvan.

“I did research and saw a lot of studies using plant-based diets to treat patients for many other chronic diseases, so I decided to develop a diet regimen to treat my laryngopharyngeal reflux patients. The results we found show we are heading in the right direction to treating reflux without medication.”

The diet suggested by Dr. Zalvan consists of mostly fruits, vegetables, grains and nuts with near complete cessation of dairy and meats including beef, chicken, fish, eggs and pork.

Along with relieving reflux symptoms, Dr. Zalvan noted that many of his patients who were treated with a plant-based diet also experienced some weight loss and a reduction of symptoms and medication use from other medical conditions like high blood pressure and high cholesterol.

A plant-based, Mediterranean-style diet could be as effective as common medications for reducing acid reflux. [Photo: Bigstock]