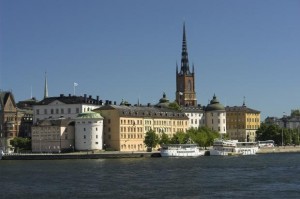 Stockholm - In Sweden hazardous toxins and chemicals are to be identified, restricted and phased out [image: by karpati]

A national plan for a toxin-free everyday environment

But before you get too excited it’s not in the UK, but in Sweden…

For anyone concerned about the level of toxic chemicals in the environment – and their effects on health – the Swedish government’s recent instruction to its Chemicals Agency to produce and implement a national Action Plan for a Toxin-free Everyday Environment, is good news.

The plan means that hazardous toxins and chemicals are to be identified, restricted and phased out. You can read the report here.

Chemicals affect us at many stages, for instance during their production, via their presence in the products we buy, during their use and as waste. A good example is flame retardants (found in protective clothing and insulation materials) perfluorinated substances (used to repel water, grease and dirt) and certain phthalates, which can be found in plastic flooring and also in adhesives, paints, wallpaper and other products.

Data continues to accumulate that these and other substances, which are so ubiquitous in everyday products, can threaten the environment and diminish human health.

The Swedish action plan aims to reduce our everyday risk of exposure and will undertake special initiatives in six areas:

The Government is allocating extra 100 million Swedish krona (nearly £10 million) to help produce the action plan. It is also encouraging the business sector, researchers, public authorities and consumer and environmental organisations to get involved and work together.

Sweden has already taken initiative in several areas. The country has implemented a ban on mercury and is working for a corresponding decision in the EU as a step towards a global phase-out of mercury. It has also actively pushed for the EU to ban the endocrine disrupter Bisphenol A which, as a first stage, is now to be banned in baby bottles.

The focus on a toxin-free society in Sweden is the result of long-term planning. It began life as the 1997 Government Environmental Quality Bill, which called for a toxic-free society by the year 2020.

It’s hard to imagine the UK government taking the same interest and initiative when it has yet to even acknowledge that there is a problem with the chemicals in our environment. It remains for progressive countries like Sweden to lead the way.

Stockholm - In Sweden hazardous toxins and chemicals are to be identified, restricted and phased out [image: by karpati]