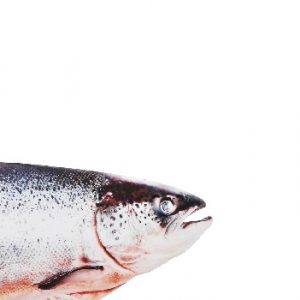 The court’s decision is a big win for public transparency and a firm rejection of the Trump administration’s position that it can unilaterally decide whether to withhold government documents from public and court review.

In 2015, the FDA approved a GE salmon made from the DNA of three different animals: Atlantic salmon, deep water ocean eelpout, and Pacific Chinook salmon. The GE version is intended to grow faster than conventional farmed salmon, reportedly getting to commercial size in half the time.

Even though this is the first time any government in the world has approved a GE animal for commercial sale and consumption, so far the FDA has taken a lackadaisical approach to evaluating the salmon’s potential for harm to wild salmon and the environment. If the GE salmon were to escape, it could threaten wild salmon populations by outcompeting them for scarce resources and habitat, by mating with endangered salmon species, and by introducing new diseases.

» In 2015 the US Food & Drug Administration approved a genetically engineered (genetically modified, or GMO) salmon for entry into the human food chain.

» The decision was controversial and activists expressed concern that the process by which the FDA made its decision lacked transparency.

» In March 2016, Earthjustice filed a lawsuit against the agency to force it to release key papers.

» The FDA has now been ordered to make the documents public.

The world’s preeminent experts on GE fish and risk assessment, as well as biologists at U.S. wildlife agencies charged with protecting fish and wildlife, heavily criticized the FDA for failing to evaluate these impacts. But the FDA ignored their concerns, so in March 2016, Earthjustice filed a lawsuit against the agency.

As part of the lawsuit, the FDA is required to compile a record of documents that illuminate the path the agency followed to reach its decision to approve the GE salmon—much like a student is required to show their work for a math problem in middle school.

A complete record is essential in all cases. But it is especially important here because the FDA has so far refused to release most of the documents related to its decision, despite repeated requests for that information from Earthjustice’s diverse set of clients under the Freedom of Information Act.

The public has a right to know how the agency came to this seemingly ill-informed decision, especially because the FDA’s approach will likely serve as a precedent for the assessment of future GE food animals. Withholding that information is illegal because government agencies like the FDA are funded by taxpayer dollars, which means that any records they create, with only limited exceptions, can and should be available to the public and to citizens seeking to hold the government accountable in court.

In January 2017, a US District Court judge agreed, concluding that “the government is wrong to assert that these types of materials…should be excluded” from the record. The FDA is now required to fully complete the record with all relevant documents no later than July 2017. Several months later, the FDA asked the appeals court to override that judge’s decision.

In its petition, the administration made a sweeping argument, with severe ramifications for effective court review of government actions—that defendant agencies can determine unilaterally what information to give to courts reviewing their decisions, and do not have to disclose any internal materials, even if the agency considered those materials in its decision. If adopted, this view would have had far-reaching consequences for public review of agency decisions that have major impacts on everyday life.

The FDA is now required to fully complete the record with all relevant documents. The district court is expected to set a deadline after a hearing in late February. In addition to working to ensure the timely completion of that process, Earthjustice will thoroughly review the full basis for the agency’s decisions.

“Our courts provide a level playing field where not even the federal government is above the law,” says Earthjustice attorney Steve Mashuda. “Federal agencies cannot avoid accountability by omitting inconvenient facts and presenting a fictional account of their decisions.”