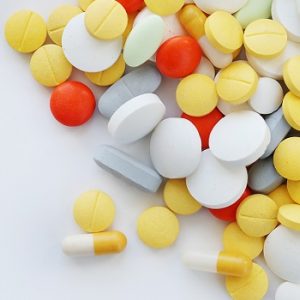 The manufacture of pharmaceuticals in countries like India and China is a significant source of drug resistance originating in the environment. [Photo: Bigstock]

Uncovered: an unexpected source of superbugs

The emergence of bacterial strains that are immune to last-line antibiotics poses an increasing threat to global health.

The World Health Organisation (WHO) estimates that up to half a million people develop multidrug-resistant tuberculosis every year. And laboratory confirmed cases of particular resistant strains have increased 600-fold in the UK between 2003 and 2015.

The rise in multidrug-resistant bacteria is usually attributed to the overuse of antibiotics in human medicine and farming. A new study, published in the journal Infection, suggests that there is a third source: globalised drug manufacturing.

Drug manufacturing has undergone significant changes in recent decades. For example, many companies have started to outsource the production of active pharmaceutical ingredients (APIs) to Asia. Antibiotics form an important part of what is now a global industry.

China and India are currently the world’s largest API producers in a market that was worth US$160 billion in 2016. But along with such impressive growth there has been a loss of transparency and oversight. The API supply chain is enormously complex and assessing production standards is one of the big challenges the industry faces. Controls are being performed by the WHO as well as regulatory bodies. But these checks usually focus on the purity and the safety of the substances produced, not on environmental issues.

» The rise in multidrug-resistant bacteria is usually attributed to the overuse of antibiotics in human medicine and farming.

» This link is well proven but new evidence shows that waste from pharmaceutical drug manufacture in developing countries is also adding to the problem.

» Outside of one plant in India, for example, 95% of water samples taken contained multidrug-resistant bacterial strains.

There is often significant pollution near drug production sites in India and China. This is mostly due to insufficient waste water management. The new study by Christoph Lübbert and colleagues, along with a second report by the Changing Markets Foundation, is the first systematic analysis of whether this pollution is associated with the presence of multidrug-resistant bacteria.

The new study focused on Hyderabad, a hub for bulk drug manufacturing in India. The researchers collected and tested a total of 28 samples for the presence of drug resistant bacteria. Sixteen of these samples were also tested for antimicrobial substances. Roughly half the samples were taken from sewers and other sites in the vicinity of bulk drug-making plants. The other half were taken from areas in and around Hyderabad.

All environmental samples tested showed high levels of antimicrobial substances. This included a sample from the Musi river, which passes through the centre of the city. Worryingly, in more than 95% of these samples the researchers also found multidrug-resistant bacterial strains. This included strains that are resistant to last-line antibiotics, such as carbapenems.

These findings are worrying as they confirm that the drug-making sites can create a potent breeding ground for multidrug-resistant bacteria. This matters because drug-resistant bacteria are not just a local issue. Not only can resistance genes transfer from one bacterium to another via horizontal gene transfer, bacteria also travel easily in the guts of healthy humans. This vastly accelerates the global spread of locally produced resistances.

The threat to global health has been recognised by international bodies. The WHO has called for a multinational effort to tackle the issue. And the G20 health ministers recently decided to make multidrug-resistant bacteria the focus of their agenda.

But both the G20 and the WHO aim their efforts heavily on the issue of overuse. The report by Lübbert and colleagues adds a new layer to the problem as it suggests that the emergence of antimicrobial resistance is also a consequence of globalised drug manufacturing.

They call on Western authorities and pharmaceutical companies to ensure that more stringent environmental controls are put in place. Production plants will have to be updated. And more costly waste management must be reinforced. Otherwise, the authors claim, the global threat of multidrug-resistant bacteria cannot be efficiently tackled.

The manufacture of pharmaceuticals in countries like India and China is a significant source of drug resistance originating in the environment. [Photo: Bigstock]