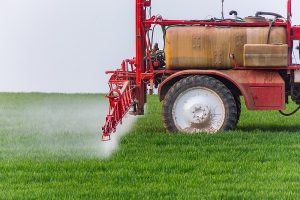 A landmark referendum that would result in a total ban on all synthetic chemical pesticides, is taking place in ~Switzerland.. Photo: Bigstock

Will Switzerland lead the world in banning toxic pesticides in farming?

As someone who has spent the last 20 years exposing the really rather astonishing gaps in the approvals process and protection system for agricultural pesticides – both here in the UK and in the EU – along with the catastrophic damage that the existing chemical intensive farming system worldwide is causing to both people and planet, then a landmark vote taking place in Switzerland this Sunday has very much caught my eye!

Switzerland is holding a referendum that – if successful – would result in a total ban on all synthetic chemical pesticides. This would of course include in relation to prohibiting the use of all toxic pesticides in Switzerland’s farming and food production systems.

Although pesticide use in Switzerland has dropped 40% in the last decade (and which is not far off the wholly inadequate 50% reduction target over 10 years that NGOs here in the UK often call for) an independent group of citizens, including scientists, doctors and growers, have campaigned for a complete ban for the protection of human health and the environment under the campaign title “For a Switzerland without artificial pesticides.”

It is clear from the evidence of catastrophic health and environmental harms from pesticides that merely reducing their use will not result in the necessary protection for people or the environment, as just one single exposure incident can lead to damage to human health or to other species exposed. Further, there are other countries where pesticides reduction targets – advocated by NGOs and others – have spectacularly failed

For example, the 50% reduction target that was previously set in France, along with a pesticides tax, did not work – and wasted the last 10 years – as agricultural pesticide use in France has overall increased! Those pushing for the mere reduction of pesticides also sends the wrong message as it implies that it is okay to use these poisons but just less when it was never okay to use such toxic chemicals in our food production systems and certainly not for spraying in locality of unprotected rural residents and communities.

Nor will the problems with pesticides be solved by Integrated Pest Management (IPM) – which has been advocated by many, including by DEFRA here in the UK, as a way forward – as IPM still uses pesticides to some degree whichever definition one goes by. Many conventional farmers here insist they already adopt IPM practices, even though they are still spraying mixtures of pesticides on a regular basis, year after year, on crops across the UK. So in reality and in practice, IPM appears to be a red herring and is very unlikely to fundamentally change anything.

This problem with pesticides is also not going to be solved by simply substituting one pesticide for another – for example, those deemed as the most hazardous – considering that it is a matter of fact that all synthetic chemical pesticides are hazardous and have inherent health and environmental risks. Further, historically once one pesticide has been withdrawn another toxic chemical will just be introduced in its place. How does that solve anything? The answer is simple, it doesn’t!

Those calling merely for more controls on spraying applications also miss the fundamental point of what the actual problem is, as once agricultural pesticides have been dispersed they simply cannot be controlled and are airborne droplets, particles and vapours and are present in the air irrespective as to whether there is any wind or not. Indeed volatilization (ie. vapour lift off) can occur days, weeks, even months after any application further exposing humans, wildlife, other species, and wider environment.

Scientific studies have in fact found pesticides transported in the air at high levels, including considerable distances (ie. many miles) from where pesticides were originally applied and calculated health risks for residents and communities living within those distances and which includes some of the most vulnerable sub-groups such as babies, children, pregnant women, the elderly and those already ill and/or disabled – none of whom should ever have been exposed to these harmful chemicals in the first place!

Air pollution from chemical pesticides is therefore one of the components of atmospheric pollution. There are still no specific restrictions here in the UK – and indeed in most countries worldwide – on the contamination and pollution of the air from the widespread spraying of mixtures of pesticides in rural areas. Yet this is despite the fact that improving air quality is a major public health issue, as well as an environmental one.

While operators generally have protection when using agricultural pesticides – such as use of personal protective equipment (PPE), respirators, and will be in filtered tractor cabs when spraying pesticides – rural residents and communities have absolutely no protection at all from the innumerable cocktails of toxic chemicals sprayed on crop fields.

The dangers of pesticides can clearly be seen on the manufacturers product data sheets that carry various warnings such as “Very toxic by inhalation,” “Do not breathe spray; fumes; vapour,” “Risk of serious damage to eyes,” “Harmful, possible risk of irreversible effects through inhalation,” “May cause cancer by inhalation,” and even “May be fatal if inhaled.”

Cornell University’s teaching module ‘Toxicity of Pesticides’ clearly states that, “Pesticides can: cause deformities in unborn offspring (teratogenic effects), cause cancer (carcinogenic effects), cause mutations (mutagenic effects), poison the nervous system (neurotoxicity), or block the natural defenses of the immune system (immunotoxicity).” It goes on to warn that “Irreversible effects are permanent and cannot be changed once they have occurred. Injury to the nervous system is usually irreversible since its cells cannot divide and be replaced. Irreversible effects include birth defects, mutations, and cancer.”

High quality, peer-reviewed scientific studies and reviews have concluded that long-term exposure to pesticides can damage the function of different systems in the body, including nervous, endocrine, immune, reproductive, renal, cardiovascular, respiratory.

A number of recent major international reports have also detailed the damage to human health from existing industrial and chemical-intensive conventional farming systems:

There are now over 13,500 mainly affected rural residents who have signed the ongoing UK petition to the Prime Minister and DEFRA Secretary, George Eustice, to urgently secure the protection of rural residents and communities by prohibiting all crop spraying and use of any pesticides near residents’ homes, schools, and children’s playgrounds

The petition has been supported by a number of prominent figures including Hillsborough QC Michael Mansfield, the Prime Minister’s own father Stanley Johnson, Jonathon Porritt, Gordon Roddick, DEFRA non-executive board member Ben Goldsmith, Caroline Lucas MP, Baroness Jones of Moulsecoomb, among many others.

The existing pesticides standards here in the UK – and indeed in the majority of countries worldwide – fail on every level to protect human health and the environment.

Even DEFRA’s very own former Chief Scientist Advisor, Professor Ian Boyd. In an article in ‘Science’ in 2017 (when still in post in the top science job at DEFRA) issued a damning assessment of the regulatory approach globally for pesticides sprayed on crops including that the impacts of “dosing whole landscapes” has been ignored; and that the assumption by regulators that it is “safe” to use pesticides at industrial scales across landscapes “is false” and must change. Professor Boyd has since repeatedly advocated that pesticides need to be designed out of farming systems altogether.

Here in the UK the new Environment Bill now provides a real opportunity to clean up agriculture once and for all in order to no longer use toxic chemicals in UK farming.

Prohibiting the use of pesticides

The 2017 UN Report of the Special Rapporteur on the right to food concluded that moving away from pesticide-reliant industrial agriculture to non-chemical farming methods should now be a political priority in all countries globally.

The same report concluded that the agro-chemical industry has continued to falsely maintain that damage will be caused to agriculture and food production if pesticides are not used. The report stated that “The assertion promoted by the agrochemical industry that pesticides are necessary to achieve food security is not only inaccurate, but dangerously misleading. In principle, there is adequate food to feed the world; inequitable production and distribution systems present major blockages that prevent those in need from accessing it.”

In fact, rather than there not being enough food there is actually a huge amount of food wasted every year. One UK report found that as much as half of all worldwide food produced ends up as waste, which is a whopping 2 billion tonnes every year!

Considering the very significant damage that the use of agricultural pesticides has caused then the strategic aim must be to move away from pesticides to a health and environmentally sustainable crop production utilising non-chemical farming methods (such as crop rotation, physical and mechanical control, natural predator management).

The pollution and contamination of our health and environment must be stopped at the highest level, which means if such harmful farming practices are no longer permitted by Governments’ around the world then farmers would have to adapt and find alternative methods that do not put public health and the environment at the risk of harm.

Therefore a complete paradigm shift away from the use and reliance on such toxic chemicals in food and farming production systems is urgently needed.

Such vital protections from pesticides are absolutely integral to the health and existence of all those living in the countryside, as well as other species that are being wiped out from the use of such toxic chemicals and such protections are simply non-negotiable.

This would obviously also be more in line with the objectives for sustainable food and farming, as the usage of complex chemicals designed to kill plants, insects or other forms of life, cannot be classified as sustainable. The huge external costs of pesticide use would also be eliminated if agricultural policies are fundamentally shifted towards utilizing non-chemical farming methods.

The origins of traditional farming methods did not include dependence on chemical inputs for mass production. Such poisons should never have had any place in the air we breathe, food we eat, and the environment we live in.

The inadequate measures put forward by so many parties as a solution to the ever deepening pesticides crisis has clearly been recognised by the independent group of citizens – whose campaign led to the imminent referendum in Switzerland – who rightly concluded that the only real solution for the protection of both human health and the environment is for the complete prohibition of use of all synthetic chemical pesticides.

Rural residents and communities across the UK will be watching and waiting to see whether – against all the odds – Switzerland will lead the world in banning pesticides in its food and farming production system. We would love the chance to have such a vote here and would urge Swiss voters to grab – with both hands – this possibly once in a lifetime opportunity to protect your health and your environment from toxic pesticides.

A landmark referendum that would result in a total ban on all synthetic chemical pesticides, is taking place in ~Switzerland.. Photo: Bigstock