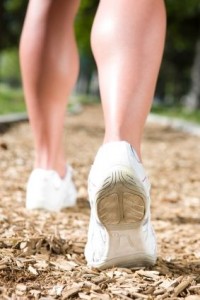 Every step you take – why walking is the best exercise

Natural Health News — Walking briskly can lower your risk of high blood pressure, high cholesterol and diabetes as much as running can, according to the surprising findings fo a new study.

Unlike previous studies, the researchers assessed walking and running expenditure by distance, not by time. Participants provided activity data by responding to questionnaires.

“The more the runners ran and the walkers walked, the better off they were in health benefits. If the amount of energy expended was the same between the two groups, then the health benefits were comparable,” Williams said.

Thus, in nearly all measurements for health protection, the walkers beat the runners.

“Walking may be a more sustainable activity for some people when compared to running, however, those who choose running end up exercising twice as much as those that choose walking. This is probably because they can do twice as much in an hour,” Williams said.

“People are always looking for an excuse not to exercise, but now they have a straightforward choice to run or to walk and invest in their future health,” he added.

If you’re just starting out on an exercise regime or have never done much exercise before, walking is a great, low impact way to get into a fitness regimen without risking injury. Walking is, in particular, easier on your hip and knee joints, especially if you are carrying a few extra pounds.