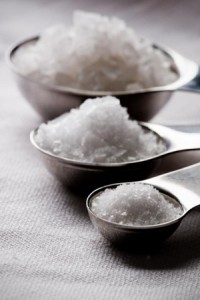 Weight, how much you exercise and how much you drink are probably more influential on the course of hypertension than salt, say experts

Natural Health News — We all know the drill…if you have high blood pressure you need to lay off the salt. But is this true?

For the study, French researchers measured the effects of sodium intake, Body Mass Index, physical activity, alcohol consumption, and non-sodium dietary factors on the blood pressure of 8,670 French adults. None of the participants were taking drug treatments for hypertension during the study.

They concluded that Body Mass Index, age, and alcohol intake were all strongly linked to blood pressure increases.

Sodium intake, however, was found to be statistically insignificant in relation to blood pressure outcomes.

In a statement accompanying the publication of these findings, Dr. Jacques Blacher, the study’s lead author, said that new research like this should play a prominent role in determining public health initiatives for reducing epidemic hypertension:

“Hypertension is the world’s most prevalent chronic disease. It affects more than 30% of adults aged 25 and above, and accounts for 9.4 million deaths every year. Given its increasing prevalence and the difficulty we as a global health community have in managing it, more should be done to identify causal behavioural relationships to blood pressure outcomes that can lead to better strategies for preventing hypertension.”

Dr. Theodore Kotchen, Associate Editor of American Journal of Hypertension, added: “The observational study of Lelong et al. emphasises the association of systolic blood pressure with BMI. Additionally, the study addresses the relative importance of BMI with specific components of the diet as possible contributors to hypertension.”

The researchers noted that, though the lifestyle factors measured in the study are often targeted by physicians as areas for adjustment in patients with hypertension, there is surprisingly little data on their individual effects on blood pressure for people who are not already taking blood pressure mediations.

Weight, how much you exercise and how much you drink are probably more influential on the course of hypertension than salt, say experts