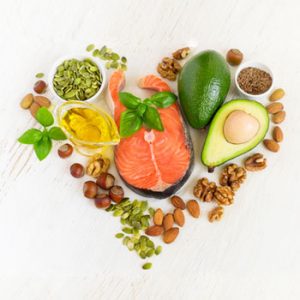 A diet higher in fat and lower in carbohydrates is likely to reduce the risk of early death and in particular can be heart protective. {Photo: Bigstock]

Natural Health News — Research from across five continents has shown that a higher fat diet may actually lower the risk of early death, while a higher carbohydrate diet raised the risk.

Researchers reporting in the The Lancet studied more than 135,000 people from 18 low-income, middle-income and high-income countries. Participants were asked about their diets and followed them for an average of seven and half years.

Specifically, the scientists from Population Health Research Institute (PHRI) of McMaster University and Hamilton Health Sciences in Hamilton, Canada, found that contrary to popular belief, consuming a higher amount of fat (about 35% of energy) is associated with a lower risk of death compared to lower intakes.

However, a diet high in carbohydrates (of more than 60% of energy) is related to higher mortality, although not with the risk of cardiovascular disease.

All fats can be ‘good’ fats

» A series of international studies has shown that people consuming a higher amount of fat (about 35% of energy) have a lower risk of early death compared to those with lower intakes.

» While doctors believe LDL (so-called ‘bad’ cholesterol) levels are a result of a too high fat diet and predictor of future cardiovascular disease, researchers did not find this to be the case.

» Outdated advice to drastically lower fat intakes, say the scientists, has skewed our diets causing many to consume more carbohydrates instead. Yet higher consumption of carbohydrates was associated with a 60% greater risk of early death.

» A higher percentage of raw foods in the diet, higher fruit intake and more legumes were all associated with better health and longevity; and in spite of recommendations to have 5 or more portions of fruit and vegetables per day, 3-4 portions was seen to be both optimum and affordable.

The researchers point out that, while these findings may appear surprising to some, these new results are consistent with several observational studies and randomized controlled trials conducted in Western countries during the last two decades (we have previously reported on these here and here).

How the guidelines skew our diets

The large new study, when viewed in the context of most previous studies, questions the conventional beliefs about dietary fats and clinical outcomes, says Mahshid Dehghan, the lead author for the study and an investigator at PHRI.

“A decrease in fat intake automatically led to an increase in carbohydrate consumption and our findings may explain why certain populations such as South Asians, who do not consume much fat but consume a lot of carbohydrates, have higher mortality rates,” she said.

She added that the current guidelines were developed about four decades ago using data from some Western countries where fat was more than 40% of caloric intake and saturated fat intakes were more than 20%. The consumption of these are now much lower in North America and Europe (31% and 11% respectively).

Fruit and veg lead to longevity

A second paper using the same study population assessed fruit, vegetable and legume consumption and related them to deaths, heart disease and strokes.

It found that a diet which includes a moderate intake of fat and fruits and vegetables, and avoidance of high carbohydrates, was associated with lower risk of death.

To be specific about moderate, the lowest risk of death was in those people who consume three to four servings (approximately 375-500g, which is the average global intake) of fruits, vegetables and legumes a day, with little additional benefit from more.

The study noted that most dietary guidelines recommend a minimum of five daily servings. Given that fruits and vegetables are relatively expensive in most middle-income and low-income countries, this level of consumption is unaffordable for most people in many regions of the world such as South Asia, China, Southeast Asia and Africa, where the levels of their consumption is much lower than in Western countries.

Victoria Miller, lead author of the paper noted that there was “little additional benefit for intake beyond that range,” and that “fruit intake was more strongly associated with benefit than vegetables.”

Previous research has shown that eating fruits, vegetables and legumes decreases the risk of cardiovascular disease and deaths, but most studies were conducted mainly in North America and Europe with a few from other parts of the world.

This study, said Miller “includes populations from geographic regions which have not been studied before, and the diversity of populations adds considerable strength that these foods reduce disease risk.”

Legumes include beans, black beans, lentils, peas, chickpeas and black-eyed peas and are frequently eaten as an alternative for meat or some grains and starches such as pasta and white bread.

“Legumes are commonly consumed by many populations in South Asia, Africa and Latin America. Eating even one serving per day decreases the risk of cardiovascular disease and death.

Legumes are not commonly consumed outside these geographic regions, so increased consumption among populations in Europe or North America may be favourable,” said Miller.

In a third study, published concurrently by The Lancet Diabetes and Endocrinology, the same researchers looked more deeply at the impact of fats and carbohydrates on blood lipids and blood pressure.

Total fat and saturated and unsaturated fats were not significantly associated with risk of myocardial infarction (heart attack) or cardiovascular disease mortality.

Andrew Mente, an investigator at PHRI and an associate professor of the Department of Health Research Methods, Evidence and Impact at McMaster, is an author on the three studies.

“Most people in the world consume three to four servings of fruits, vegetables and legumes a day. This target is likely more affordable and achievable, especially in low and middle income countries where the costs of fruits and vegetables are relatively high.”

Summing up the findings across the three studies Salim Yusuf, principal investigator of the study and the director of the PHRI noted: “Moderation in most aspects of diet is to be preferred, as opposed to very low or very high intakes of most nutrients.”

A diet higher in fat and lower in carbohydrates is likely to reduce the risk of early death and in particular can be heart protective. {Photo: Bigstock]