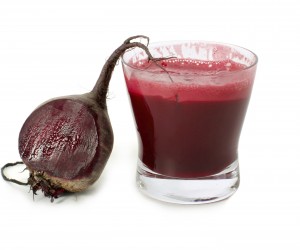 Beetroot is a good source of naturally occuring nitrates, which can have heart benefits

Natural Health News — Incorporating vegetables naturally high in nitrates into the diet can help lower blood pressure in patients with hypertension, according to a recent study.

The study was conducted by researchers from Queen Mary University of London and was published in the American Heart Association journal Hypertension.

The scientists examined the impact consuming nitrate has on blood pressure first in an animal study,  and then in a small study involving 15 patients with high blood pressure.

The participants (eight females and seven males) all had a systolic blood pressure between 140 to 159 millimeters of mercury (mm Hg), did not have other medical problems, and were not on any medication for their hypertension.

The subjects drank 250 mL of beetroot juice or water consisting of a low amount of nitrate, and over the following 24 hours had their blood pressure observed.

About 0.2g of dietary nitrate was contained in the beetroot juice. A large bowl of lettuce or two beetroots contain about the same amount of nitrate, according to the scientists.

“We were surprised by how little nitrate was needed to see such a large effect. This study shows that compared to individuals with healthy blood pressure much less nitrate is needed to produce the kinds of decreases in blood pressure that might provide clinical benefits in people who need to lower their blood pressure. However, we are still uncertain as to whether this effect is maintained in the long term,” commented Amrita Ahluwalia, Ph.D., lead author of the study and a professor of vascular pharmacology at The Barts and The London Medical School in London.

Many vegetables and some fruits are naturally rich in nitrates. Some good sources include:

Fruits are generally lower in nitrates though strawberries, bananas, grapes, tomatoes and avocados have useful amounts.

Plants take in nitrate through their roots in the soil where the chemical is naturally found. Nitrate is crucial to the growth of plants. The authors explained that when it is converted to a gas called nitric oxide, it has a relaxing effect on blood vessels and may help lower blood pressure.

“Our hope is that increasing one’s intake of vegetables with a high dietary nitrate content, such as green leafy vegetables or beetroot, might be a lifestyle approach that one could easily employ to improve cardiovascular health.” said Ahluwalia.

About 1 in 3 adults in the developed world (16 million people in the UK, 77 million in the US, 4 million in Australia, just for example) have high blood pressure. Many cases remain undiagnosed. Hypertension can result in a significantly increased likelihood of experiencing a heart attack or stroke.

People can lower their blood pressure by altering their lifestyle, such as consuming less salt or losing weight. A previous study by the well-known Cochrane Collaboration indicated that consuming cocoa powder and dark chocolate may slightly reduce blood pressure. Another in the American Journal of Clinical Nutrition showed that high doses of vitamin C may lower blood pressure.

Substituting vegetables for less nutritious foods is also an important way to lower your risk.

But don’t nitrates cause cancer?

Nitrates (and their precursors nitrites) are both naturally occurring substances and are produced by living cells. They’re involved in many important chemical reactions in the body.

In themselves they are not dangerous, but they can react with other compounds found in food or in your body to form carcinogenic compounds called nitrosamines. These reactions are more likely to occur in the presence of protein, which is why preserved meats can be problematical.

The formation of nitrosamines is much less likely in the presence of antioxidants such as vitamin C. Vegetables ar,e of course, high in antioxidants. This is thought to be one reason why a diet high in vegetables is good for the heart and is helpful in lowering the risk of certain cancers.

Beetroot is a good source of naturally occuring nitrates, which can have heart benefits