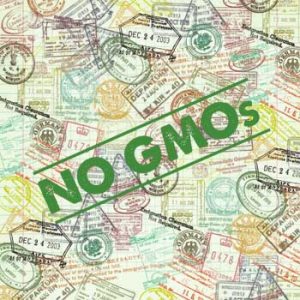 ‘New’ GMO technologies must be fully regulated in Europe

This week the European Court of Justice (ECJ) announced its ruling on a long running court case which sought to clarify whether induced mutagenesis, used in the genetic engineering of plants, should be included within – or excluded from – the scope of current European legislation on genetically engineered plants.

An initial pronouncement on the case was made by the Advocate General in January 2018 which was vague enough for both sides to claim victory. In the six months since the AG’s opinion there have been real concerns about the possible erosion of European regulation of GMOs.

However the ruling, made on July 25th,  is unequivocal saying that organisms obtained by mutagenesis are GMOs and are, therefore, subject to the obligations – such as risk assessment and labelling – laid down by the GMO Directive.

In summary, the court has ruled that:

“This is a very good day.” said Beyond GM Director Pat Thomas. “It is clear that the court has made its ruling with the Precautionary Principle and the need to protect human health and the environment front of mind and that the integrity of European GMO regulation has been upheld.”

In contrast to the EU decision, in March 2018 the USDA announced that the US would not regulate ‘new’ GMO products. Australia, too, is considering allowing these new products on the market without essential regulation.

The case, which began as an action brought about by several French NGOs to challenge French law on mutagenesis, was referred to the European Court of Justice in 2016 and has moved from being a ‘local’ issue to one of Europe-wide interest with both direct and indirect implications for the future regulation of genetically modified crops and foods within the EU and for the UK post-Brexit.

While the biotech industry is increasingly trying to claim that new techniques like mutagenesis (but also CRISPR-cas9 and gene editing) are simply variations of a natural process of plant breeding, today’s ruling goes a long way towards challenging that PR spin.

Indeed, the ruling also notes that the risks linked to the use of new mutagenesis techniques are similar to those that result from older techniques since the direct modification of the genetic material of an organism through mutagenesis makes it possible to obtain the same effects as the introduction of a foreign gene into the organism (transgenesis).

In addition, it says, new GMO techniques make it possible to produce genetically modified varieties at a rate out of all proportion to those resulting from the application of conventional methods of mutagenesis.

Noting that this ruling is just a first step and that we still have some way to go to ensure all new types of GMOs are properly regulated Beyond GM director Lawrence Woodward says:

“European regulations are globally respected for their strong precautionary approach, an approach which reflects the concerns of citizens throughout Europe and which has kept poorly tested and potentially risky genetically modified organisms out of our farms and fridges.  Beyond GM will continue to act as a voice for UK citizens and continue to call for strong regulation of GMOs in Europe and in the UK post-Brexit. We will also continue to promote sustainable agro-ecological farming, recognised by organisations like the United Nations as the best hope we have for food security now and in the future.”

Regarding the biotech industry’s continued, deliberate manipulation of language in an attempt to manipulate the regulations, Thomas adds:

“We are rapidly approaching the point where we must decide whether we want food that is designed and built in the lab or grown and harvested on the land. We must also challenge how biotech companies downplay both the proven and potential negative impacts of these technologies and manipulate public perception by changing the language from ‘engineering’ to ‘modifying’ to ‘cutting’, ‘erasing’ and ‘editing’ the genome. As my granny used to say, you can put lipstick on a pig – but it’s still a pig. By any sensible measurement all these new techniques are genetic engineering and all should be fully regulated as such. Anything else is negligence.”