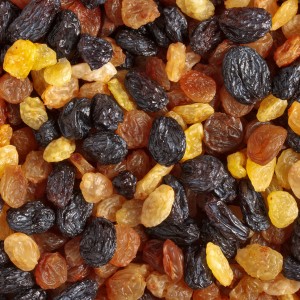 Raisins are high in potassium, which can help lower blood pressure

Natural Health News — If you have slightly higher than normal blood pressure – known as pre-hypertension – consider eating a handful of raisins.

New data suggests that, among individuals with mild increases in blood pressure, the routine consumption of raisins (three times a day) may significantly lower blood pressure, especially when compared to eating other common snacks.

The results of the small study were presented recently at the American College of Cardiology’s 61st Annual Scientific Session.

More than a web rumour

According to the researchers, even though raisins are popularly cited to lower blood pressure and are known to have properties that could benefit heart and vascular health, this is the first controlled study to scientifically support raisins’ blood pressure-lowering effects compared to alternative snacks.

“It is often stated as a known fact that raisins lower blood pressure. But we could not find much objective evidence in the medical literature to support such a claim,” said Harold Bays, MD, medical director and president of Louisville Metabolic and Atherosclerosis Research Center (L-MARC) and the study’s lead investigator.

“However, our study suggests if you have a choice between eating raisins or other snacks like crackers and chocolate chip cookies, you may be better off snacking on raisins at least with respect to blood pressure.”

In this investigation 46 men and women with pre-hypertension were randomly assigned to snack on raisins or prepackaged commercial snacks that did not contain raisins or other fruits or vegetables, but had the same number of calories per serving three times a day for 12 weeks. The study controlled for individual differences in nutrition and physical activity.

Other pre-packaged snacks (including crackers and cookies) did not significantly reduce systolic or diastolic blood pressure at any study visit.

The key to raisins blood pressure lowering power may be their potassium content. A handful – around 60 – raisins contains 1 gram of fibre and 212 milligrams of potassium, which are both recommended in the Dietary Approaches to Stop Hypertension (DASH) diet.

The study was funded by the California Raisin Marketing Board. While raisins are high in potassium other foods may have even more of this important nutrient.

For a list of other high-potassium choices see our Health Tip feature here.

Raisins are high in potassium, which can help lower blood pressure