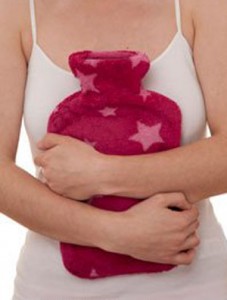 For period pains, vitamin D may be a practical and economical alternative to pain killers

The small, pioneering study published in the Archives of Internal Medicine involved 40 women, who were divided into two groups. One group received a single very high dose of 300,000 IU of vitamin D3 (cholecalciferol) or a placebo, in the first month only, and 5 days before the start of menstruation.

After two months there was a 41% reduction in menstrual pain in the group receiving vitamin D3, while in the placebo group only 2% reported an improvement

In addition, none of the women who took vitamin D3 needed to additional pain relief, while in the placebo group, 40% of women used NSAIDs to relive pain at least once.

At the beginning of the study, the women’s vitamin D blood levels were measured; all have  levels in the lowest range of normal. The authors note that there was a link between those with the lowest vitamin D levels and higher levels of pain. The women’s levels of vitamin D at the end of the study were not reported.

“To our knowledge, this is the first study investigating the effect of a single high dose of vitamin D in primary dysmenorrhoea.” Commented the investigators. “Our data support the use of vitamin D3 in these patients, especially when exhibiting low levels of blood vitamin D, and allow these women to limit the use of non-steroidal anti-inflammatory drugs.”

Menstrual cramps, or dysmenorrhea, affects at least half of women of childbearing age and are caused  by prostaglandin, a hormone-like substance with a role in uterine contraction and relaxation of muscles and blood vessels.

Generally, dysmenorrhoea is treated with NSAIDs, such as ibuprofen, and in persistent and severe pain cases with contraceptive pills. Both drugs have side effects. NSAIDs bring a risk of stomach pain and bleeding disorders and the Pill raises the long-term risk of estrogen dependant cancers.

Vitamin D prevents the production of prostaglandins and furthermore, vitamin D has an anti-inflammatory effect.

The dose of of vitamin D used in the study exceeds the recommend daily intake (RDI) of 600 IU daily for women of childbearing age. However, its benefit extended across the two months of the study, and averaged out over that time it equates to a daily dose that nutritionists would consider safe. A limitation of the study is that it does not tell us if smaller daily doses of vitamin, D which would be more in line with human physiology, would achieve the same end.

Nevertheless in an accompanying editorial doctors observed that, while vitamin D for dysmenorrhea has not been previously evaluated, some studies have suggested its benefits in other menstrual and pain-related conditions in women, including premenstrual syndrome (PMS), endometriosis, and fibromyalgia. They further noted “…vitamin D supplementation may become an important new treatment option for women who experience menstrual pain disorders.”

For period pains, vitamin D may be a practical and economical alternative to pain killers