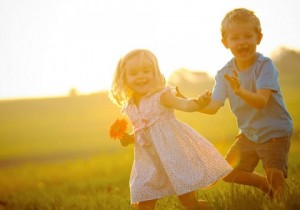 Sunshine is the best way for children - and adults - to build vital reserves of vitamin D.

Natural Health News — The importance of vitamin D for cardiovascular health has been the focus of increasing interest. Low levels of vitamin D have previously been shown to be related to increased risk of stroke and heart attack. Now new evidence shows that not getting enough as a child could raise the risk of heart disease later in life.

Vitamin D deficiency and insufficiency are highly prevalent among children worldwide, and this study examined the relationship between low childhood vitamin D levels and adult increased carotid intima-thickness (IMT). IMT is a marker of structural atherosclerosis, which correlates with cardiovascular risk factors, and predicts cardiovascular events.

Carotid IMT was measured on the posterior wall of the left carotid artery using ultrasound technology. Study subjects with vitamin D levels in the lowest quartile in childhood had a significantly higher prevalence of high-risk IMT as adults (21.9% vs. 12.7%).

“Our results showed an association between low 25-OH vitamin D levels in childhood and increased occurrence of subclinical atherosclerosis in adulthood,” said one of the study’s authors, Markus Juonala, MD, PhD, of the University of Turku Finland. “The association was independent of conventional cardiovascular risk factors including serum lipids, blood pressure, smoking, diet, physical activity, obesity indices and socioeconomic status.”

“More research is needed to investigate whether low vitamin D levels have a causal role in the development increased carotid artery thickness,” Juonala said. “Nevertheless, our observations highlight the importance of providing children with a diet that includes sufficient vitamin D.”

Spending time outdoors in sunlight is the best way to build the body’s stores of vital vitamin D. For more on getting enough of the ‘sunshine vitamin’ see Q&A: Can you get enough vitamin D without sun?

Sunshine is the best way for children - and adults - to build vital reserves of vitamin D.