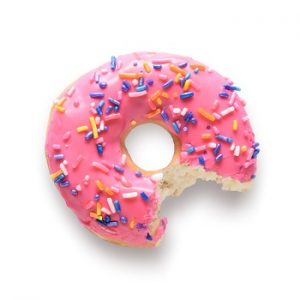 Nearly half of the British diet is made up of highly-processed junk foods, according to a new Europe-wide survey. [Photo: Bigstock]

UK has the unhealthiest diet in Europe

Natural Health News — A new study has revealed that more than half of the food eaten in UK households is ultra-processed – a category of food that includes ready meals, biscuits, crisps, burgers and chicken nuggets, instant soups and noodles, ready-made pizzas and pies.

The study, which compared the diets in 19 European countries, concluded that Britain has the worst diet of any European country and that Brits are at much greater risk of obesity and a whole host of diet-related non-communicable diseases, such as cardiovascular diseases (like heart attacks and stroke), cancer, chronic respiratory diseases (such as chronic obstructed pulmonary disease and asthma) and diabetes.

The term ‘ultra-processed’ is part of the United Nation’s NOVA system of food classification which looks at the nature, extent and purpose of food processing.

Most of the food and drink we consume is processed to some extent. Any alteration to foods, for instance cooking, chopping or peeling is a process; hence, in the modern diet, it is almost impossible to find anyone who consumes a wholly unprocessed diet.

Not all processes damage food either; cooking tomatoes, for example, can make the antioxidant lycopene, more bioavailable. The key is that processing needs to be both minimal and appropriate.

Ultra-processed food is a category of food made up mostly of cheap industrial ingredients many of which have been through multiple processes (hence ‘ultra-processed’). These ingredients are combined to make foods that are energy-dense, high in unhealthy types of fat, refined starches, free sugars and salt, and which are poor sources of protein, dietary fibre and micronutrients.

In addition, ultra-processed foods are aggressively marketed, and manufactured to be hyper-palatable and attractive, to have a long shelf-life, and to be consumed anywhere, any time. All of these factors are taken into account in the classification of ultra-processed.

» A survey of 19 European nations has shown that British people eat more ultra-processed food than other nations. This type of industrial food, which is high in calories and low in nutrition makes up more than half the British diet.

» The higher intake of ultra-processed food also correlated with higher levels of obesity and raised the risk of non-communicable diseases such as cardiovascular disease and diabetes.

» Healthy eating, say the authors must be based on minimally processed foods and national food guidelines should be revised to take the issue of processing into account.

Contributing to obesity and more

For the current study – which is one of several in a special issue of Public Health Nutrition Journal dedicated to ultra-processed foods – the Brazilian researchers used a mixture of national surveys, reports and peer-reviewed papers to estimate the prevalence of obesity in Austria, Belgium, Croatia, Cyprus, Finland, France, Germany, Greece, Hungary, Ireland, Italy, Latvia, Lithuania, Malta, Norway, Portugal, Slovakia, Spain and the UK.

They then compared this with official data on food intakes for each country.

Germany, where 46.2% of total dietary energy came from ultra-processed foods, also had a high obesity rate.

“The findings reinforce the need for public policies and actions that promote consumption of unprocessed or minimally processed foods and make ultra-processed foods less available and affordable,” wrote the authors.

The comparison also threw up a few anomalies, however. Portugal, for instance, had the lowest level of ultra-processed foods but a relatively high obesity rate, as did Greece.

Previous studies by the same team have found similar results in other countries. For instance, in 2016 the team found that ultra-processed foods made up more than half of all calories consumed in the US diet, and contribute nearly 90% of all added sugar intake.

But the picture is complicated, say researchers, by the fact that some foods, such as bread, can fall into either the processed or ultra-processed category.

Processed bread, for example, is made with flour, yeast, water and salt (and can include things like added dried fruit, herbs or olives). But much of the bread eaten in Europe is made industrially and includes ‘factory floor’ ingredients such as hydrogenated fat, high-fructose corn syrup, emulsifiers, preservatives, flavours, colours and other additives. This, of course, is true in other countries as well, such as in the Americas, and requires consumers to be vigilant about what they buy and eat.

The team conclude that a healthy diet can only be based on fresh or minimally processed foods and that national dietary guidelines need to take into account not just food groups but how food is processed.

1. Make natural or minimally processed foods the basis of your diet.

2. Use oils, fats, salt, and sugar in small amounts when seasoning and cooking natural or minimally processed foods and to create culinary preparations.

3. Make natural or minimally processed foods the basis of your diet.

4. Use oils, fats, salt, and sugar in small amounts when seasoning and cooking natural or minimally processed foods and to create culinary preparations.

7. Eat regularly and carefully in appropriate environments and, whenever possible, in company.

8. Shop in places that offer a variety of natural or minimally processed foods.

10. Plan your time to make food and eating important in your life.

11. Out of home, prefer places that serve freshly made meals.

12. Be wary of food advertising.

Given the trend for more and more ultra-processed foods in our diets, guidelines like these may be a better way to approach educating people about healthy eating than food guides, pyramids and plates.

Nearly half of the British diet is made up of highly-processed junk foods, according to a new Europe-wide survey. [Photo: Bigstock]