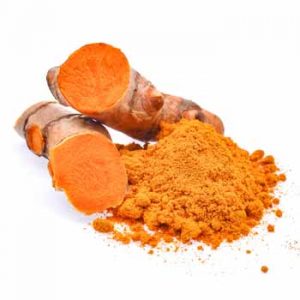 Turmeric is a common ingredient in curry powders and curcumin is the substance that gives the root its distinctive yellow color and spicy, bitter flavour.

In Asia turmeric is used to treat many health conditions and it has anti-inflammatory, antioxidant, and perhaps even anticancer properties.

» Turmeric is used in traditional Eastern medicine used to treat many health conditions. Modern science has shown it to possess anti-inflammatory, antioxidant, and perhaps even anticancer properties.

» The tuberculosis bacterium in increasingly resistant to treatment with antibiotics, so finding new and effective treatments is crucial.

» In a recent laboratory study curcumin, turmeric’s most active ingredient, was found kill and clear out the Mycobacterium tuberculosis bacterium from infected cells.

Tuberculosis (TB) is a disease caused by an airborne bacteria, Mycobacterium tuberculosis, that typically attacks the lungs, but can also harm the brain, kidneys, and spine.

For a long time now, TB has been successfully treated with antibiotics; but as antibiotic-resistance spreads, some strains of TB bacteria are developing resistance to drugs.

Finding new pathways of treatment for drug-resistant TB (as well as any other antibiotic-resistant bacteria), then, is crucial.

Investigators, reporting in the journal Respirology, found that by stimulating human immune cells called macrophages (a type of white blood cell that clears out any foreign substances, microbes, cancer cells, or cellular waste from the body as part of the immune system), curcumin was able to successfully kill and remove Mycobacterium tuberculosis, from experimentally infected cells in the lab.

“With the worldwide emergence of highly drug-resistant tuberculosis, novel agents that have direct antimycobacterial effects or that enhance host immunity are urgently needed,” the authors write in the paper. They note that their results showed that curcumin inhibited the activation of a cellular molecule called nuclear factor-kappa B and stimulated the immune system as to kill the Mycobacterium tuberculosis bacterium.

This ability points to a potential new tuberculosis treatment that would be less prone to the development of drug resistance.