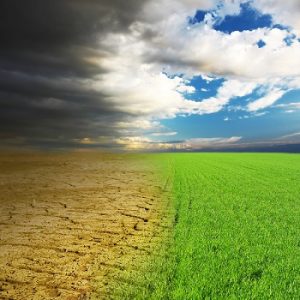 Change our farming, change the world

In a week when the world has watched as man-made climate change whip up spectacular, scary, damaging weather – along with continued and ridiculous debate – two stories have emerged that underscore the links between food, farming and climate change.

We ignore them at our peril.

In the early days of our awareness of climate change I can recall some scientists saying, flippantly, that global warming and more CO2 in the atmosphere would be a boon for agriculture because it would result more plants growing in more places and growing bigger.

The ‘more and bigger’ blah blah mantra irked me then, and today even more so.

An excellent feature in Politico magazine, ominously titled The Great Nutrient Collapse, has this week documented the way serious scientists have struggled with the issue of how rising CO2 levels might change our food supply. Specifically how it might alter nutrient content.

US scientist and mathematician Irakli Loladze has been studying the effects of climate change on the quality of our food for decades.

His early work with algae showed that simulating warmer, high-CO2 environments certainly stimulated the algae to grow. But it also changed its nutrient content entirely making it much higher in sugar and much lower in nutrients.

Thus, even in environment where the animals that relied on algae for food had plenty to eat, some were struggling to survive.

We’ve previously looked at historical nutrient declines in our food on this site – and it’s not a pretty picture.

Industrial farming has destroyed our soils, limited the variety of crops we plant and most certainly bred plants for size and yield rather than nutrition (there’s that more and bigger mantra again). Industrial agriculture is also a major contributor to climate change.

In 2014 we reported on the findings from scientists from the University of California Davis who demonstrated that elevated levels of carbon dioxide restrict plants’ ability to transform nitrate into proteins.

Work by Loladze and colleagues has further shown that, with increasing climate change, the crops we rely on for food are undergoing a fundamental change, as nutrient levels drop and carbohydrate levels rise.

What the effect of these kinds of changes will be is uncertain – and too few people are looking at the issue.

In a recent study, however, a higher fat diet did not lead to a higher risk of early death from heart disease. But a diet higher carbohydrates did. In fact the risk was 60% greater with such a diet.

But also this week there were signs of hope.

The scientists collected organic soil samples from throughout the US to compare with the conventional soil samples already in the National Soil Project’s data set.

One of the most compelling findings was that, on average, organic farms have 44% higher levels of humic acid – the component of soil that sequesters carbon over the long term – than soils not managed organically.

Healthy soils are essential for robust and resilient crop production, and the level of soil organic matter is one of the most critical components of a healthy soil.

Organic matter is all the living and dead plant and animal material in our dirt that makes it more than dirt – earthworms and insects and microorganisms, plant and animal residues, fermented compost, decomposed leaves and plant roots.

Organic is the answer

Soils high in organic matter support healthy crops, are less susceptible to drought, and foster a diversity of organisms vital to soil health. Soils rich in organic matter can also maintain carbon for long periods of time, and help reduce the causes of climate change.

Again and again we have seen studies showing that that organic farming builds and protects biodiversity, produces food with more key nutrients in it and that it can be scaled up to feed the world.

Yet too often, as with climate change, the voices a few powerful sceptics have shaped the debate – and put up a road block against real progress.