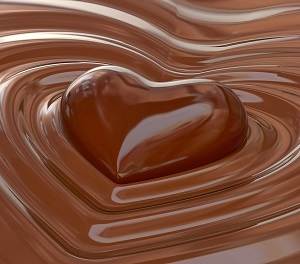 What happens when researchers find something that challenges the status quo and the huge volumes of received opinions that we have all been led to believe are ‘fact’?

A large 12-year study in the journal Heart, found that people who eat a substantial amount of chocolate every day had a lower cardiovascular disease and stroke.

Compared to participants who said they ate no chocolate, those who ate between 7-100g a day had an 11% lower risk of cardiovascular disease and 25% lower risk of premature death.

TV news reports I saw all featured doctors proclaiming that the study was irresponsible and misleading and encouraged people to eat too much chocolate.

The chocolate eaters did tend to be younger, and lighter than those who said they did not eat chocolate prompting some to ask whether it was the chocolate that is protecting people from heart attacks and strokes or other factors such as age and level of exercise.

Where was the context

So, read in isolation it wasn’t an unequivocal study. But what I found disturbing was the way the researchers scrambled to play down their own findings and justify them in a way that might not get them slammed too hard in the press and the way the press conspired in this game by not providing any context.

This happens a lot when researchers come up with findings that challenge the status quo. It’s a problem that dogs any paper that looks into new areas – from homoeopathy to toxic chemicals to GMOs. Scientists whose findings are at odds with accepted opinion (however poorly that might be supported by actual science) are often harassed to within an inch of their lives.

Think of how the early scientists who challenged the fat/heart disease link were treated. Think of Rachel Carson and her Silent Spring. And think of that the next time you read a news story about a piece of research that challenges the prevailing world view.

Good for you? It depends

But back to the pleasant subject of chocolate.

Is it or isn’t it good for you? We’ve reviewed a lot of the evidence about chocolate previously and the answer seems to be: it depends.

The historical medicinal uses of the bark, flowers, leaves and, of course, the beans of the Theobroma cacao plant are well documented. These include improving cardiovascular health, increasing breastmilk supply, nourishing the body after exercise, reducing fever, improving longevity, encouraging sleep, soothing sore throats and even improving your sex life.

But many of these health claims are for largely unprocessed cocoa rather than the highly refined and sugary confections that many of us consume.

In the current study milk chocolate appeared to be just as good as dark chocolate. This finding was certainly at odds with the majority of studies which suggest that chocolate in its natural, unadulterated state really is a ‘health food’.

Raw cacao in particular contains important minerals such as magnesium, iron, potassium, calcium, zinc, copper and manganese – all of which are heart healthy. It also has up to four times the amount of antioxidants of cocoa, and has one of the highest antioxidant activity ratings of all the natural plant foods.

The high antioxidant activity of cacao may be why even studies that include highly processed chocolate bars can show some benefits.

And, of course, what causes our arteries to become blocked is not cholesterol per se but the oxidation of cholesterol – something which a diet rich in antioxidants can help diminish.

Plain unsweetened cocoa powder, according to scientists at the US Department of Agriculture (USDA), contains the highest level of flavonols, but adding sugar and milk to it substantially reduces its potency.

Other studies have shown cardiovascular benefits of chocolate too. In 2011 a very large review of seven studies involving around 114,000 people those people consuming the most chocolate decreased their risk of developing heart disease by 37% and also lowered risk stroke by 29%.

As with most things quality counts – and here there are parallels with the meat/no meat discussion. A little of a high-quality, nutrient-dense food is worth so much more in terms of health than a lot of something inferior in terms of your long-term health.

With that in mind you should feel free to go occasionally cocoa-loco.