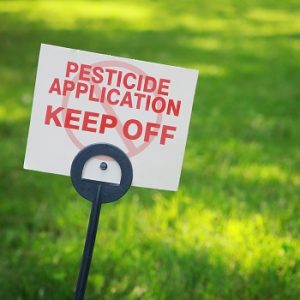 Glyphosate and the shocking disdain for public opinion

Last week a San Francisco jury supported a school groundskeeper’s claim that his terminal non-Hodgkin’s lymphoma cancer was caused by regular exposure to the herbicide Roundup (the active ingredient of which is glyphosate).

Dewayne Johnson was awarded $289 (3225) million in damages which was an extraordinary sum and not something anybody could have predicted. More predictable has been the fallout on both sides of the argument.

Campaigners are of course overjoyed. Wins like this are few and far between and this case was hard fought by all the scientists, campaigners and attorneys who worked to craft it.

The response from farmers has been mixed. Many still believe that they cannot farm without glyphosate – to kill weeds but also to desiccate crops like wheat and barley before harvest.

The response from media outlets has been interesting inasmuch as some appear to be acting as if they had never heard of glyphosate before this moment. The Wall Street Journal said the verdict was based on ‘junk science‘. One Conservative UK MP responded by posting a picture of the Roundup she was planning to ‘deploy’ in her garden. The BBC News Online feigned ignorance and asked “what do we know about glyphosate?” and provided a basic primer for readers – but then gave the last word to sceptics who doubted ‘lay’ people’s ability to understand the science and equated this with the public’s inability to understand climate change and vaccines.

Let’s be clear. The jury was presented with the scientific evidence, including from respected organisations such as the International Agency for Research on Cancer which has declared glyphosate a probable human carcinogen. They saw data from other important research studies and heard incredible testimony from expert scientific witnesses.

The jury also heard testimony about and saw some – though not all – of the internal emails and papers which the court ordered to be made public during the trial, which included internal Monsanto emails detailing how the corporation was ghost-writing scientific studies and paying outside scientists to publish the articles in their name – all to help them get and keep glyphosate on the market.

Monsanto like the BBC showed extraordinary disdain for the general public. In one document, which referred to the California decision to label glyphosate as carcinogenic the company referred to Californian campaigners and lawmakers as “liberals and morons,” overwhelming Monsanto like a “zombie movie”. The email noted that the company needed to “take them out” out one at a time, starting with the 2016 presidential election.

More damning documents uncovered in this trial are now in the public domain and juries in future trials will be able to see the full extent of the glyphosate cover-up.

Too dumb to understand?

I find the disdain for public opinion – and I see it everywhere with increasing frequency – to be one of the most toxic aspects in the fight for a healthier, less environmentally damaging food system.

The underlying assumption is always that issues like pesticides, genetic engineering, chemical contamination and environmental pollution are too ‘technical’ for anyone but a ‘scientist’ to understand. In other words you and I are too dumb to have an opinion and we should just shut up and let our ‘betters’ take care of things.

What could possible go wrong with that plan?!

Members of the general public may not always be able to quote scientific chapter and verse – and indeed that is not our job. But the public does, in my experience, have a good grasp of what is at stake and a natural and understandable revulsion towards the idea of pesticide contaminated food and towards the way that these powerful chemicals damage our natural environment.

The animosity that chemical companies, regulators and lout mouthed pundits have towards the public should be challenged in the strongest possible terms by NGOs – though in my experience many are mealy mouthed when it comes to defending their supporters. Whatismore, as pesticides campaigner Georgina Downs noted, those receiving funding from UK government – whose regulators, in turn, receive funding from agrochemical companies – were also fairly quick to dumb down their own responses to calls to take glyphosate off the shelves.

We don’t know what the fallout from this trial will be. There are more trials ahead where other US citizens are alleging that glyphosate caused their cancer. It is a certainty that Monsanto, no stranger to legal action, will appeal any judgement against it and use the full force of the law to tie plaintiffs up in court for years or even decades. Some may never see any money, some may die before they are paid.

The courage that it takes to go on this journey, to stand up to a big corporation, to willingly step onto a huge learning curve in order to try and make the world a better place, should never be underestimated.

Respect to everyone whose feet are on that path and who are able to stand their ground – and please let’s make sure that all who want to join us are made welcome.